On numerous dates—pick any from the multitude of fights, from the lowly ranked to the upper echelons of boxing—the Italian-American boxer Joe Grim was being punched repeatedly, refusing ever to submit, his head a cornucopia of lacerations, nothing but red: ‘Red of slit eye. Red of slashed eyelid. Red of tongue sliced this way and that. Red of screaming echoes in cudgelled ears.’ This is the central enigma in Grimmish, the debut novel by Michael Winkler. Although ostensibly a book about Grim’s life, Grimmish is more an exploration of the pain of writing about Grim, and what it means to represent and understand physical pain. In his ‘exploded non-fiction novel’, as the imaginary book reviewer describes it at the start of the book, Winkler pits fictional and nonfictional impulses against each other, creating a barometric tension in the face of a sketchy factual record.

But first, the facts: Joseph Grim did exist, though he is ‘more forgotten than remembered’. He was born ‘Saverio Giannone on or about 16 March 1881 in Avellino, Campania, Italy’; when he was ten he migrated with his family to the United States, living and working in Philadelphia shining shoes. This was where his interest in boxing was first ignited, before he ‘commenced fighting in 1899’, following which he fought boxing greats such as Jack Johnson and Joe Gans. In 1908–09, where much of Grimmish is set, Grim toured Australia, fighting in Sydney, Melbourne and Perth, but also in regional areas such as Ballarat and even in Zeehan, Tasmania.

He was never particularly famous for his boxing skill, instead the crowds flocked not to see him potentially win, but to see whether or not he could ever be knocked down. Not long after, however, Grim was admitted into the Claremont Asylum in Perth, believing that ‘police have followed and poisoned him’ and that ‘he is God etc & is exalted’. Among these facts is the bloody remainder, and the unique fascination for those who watched him, and for Winkler himself: Grim’s unimaginable ability to endure pain, which turned him into ‘a spectacle rather than a fighter’, or as Jack Johnson said of him, ‘I just don’t believe that man is made of flesh and blood.’

How to understand Grim? How to account for and explain him? Throughout Grimmish, the narrator documents the various attempts to answer these questions, offering up many of his own in turn. One character, Dr Carleton Simon (‘noted alienist and criminologist’) believed that Grim could take the beatings ‘simply owing to the fact that he is in possession of a very small brain. He is of such low intelligence that his nerves, which carry the news of his brain when he is hurt, find a very chilly reception.’ Throughout his life, Grim was subjected to a battery of tests, including at the behest of phrenologists. Another explanation is offered by the narrator, who posits that Grim was a ‘man of such limited imagination that he cannot—or perhaps more correctly, does not—think what might happen next.’

It is this idea that forms the book’s conceit: if Grim could endure pain because he lacked the necessary imagination to endure pain, then how can we ever begin to imagine the pain he suffered? Grim is presented as someone who is potentially beyond the bounds of sense, just as he evades the reductive hand of the scientific institutions that sought to diminish him. To make matters worse, the archival record of Grim is threadbare, leaving us to speculate and ponder, as we push back against the finitude of recorded history.

For Winkler, someone as singular as Grim simply cannot be confined by the parameters of fact and ‘history’. Yet the reverse isn’t true either: it’s not enough just to lie and make up a life in order to suit the needs of the writer’s obsessions. And so Winkler’s answer—or more appropriately, perpetually deferred answer—is to be found in his experiments with form. More Robespierre than Hegel, this dialectical form resists letting either the truth or the lie take hold; neither is down for the count, both wrestling into eternity. For example, the footnotes scattered throughout Grimmish serve a dual function: not only do they provide a quasi-scholarly apparatus, they also create yet another fracture in the novel’s ‘voice’ in the form of related quotes and long-winded digressions. It’s a device that disrupts the linear fabric of the narrative, reminding us that meaning is never quite settled, that the truth can ‘explode’ at any time. As the narrator’s interlocutor, Uncle Michael, says near the end of the book, ‘Stories don’t end. You know that. They don’t arc. They don’t do anything, except meander and continue and spin and wait to be rediscovered.’

The exploded form doesn’t give us Grim unmasked and understood, but serves to fragment him, replicating the limits of the author/narrator’s understanding of history. The same becomes true of the narrative voice, which both is and is not Winkler, split between the unnamed ‘I’ and the narrator’s Uncle Michael, who ‘was not my uncle’. The only certainty we can have is not to ‘trust him a jot’, whoever ‘he’ really is. It’s a disjuncture that recalls W.G. Sebald’s melding of fiction with his personal history, as well as the more exuberant postmodern playfulness of David Foster Wallace or Thomas Pynchon, tempered by a Cormac McCarthy-esque obsession with violence.

But what Winkler is trying to do here cannot simply be reduced to a whimsical, metafictional re-creation of the past, although he is often making fun of the various ways in which ‘history’ is constructed. Neither is Grimmish merely an earnest portrayal of a man and his inhuman capacity to be punched in the face over and over again. Instead, it is a constant mixing of both modes, which positions the reader always to be on the edge, an observer and a participant in the novel’s meaning. You feel yourself implicated throughout, compelled to take on Winkler’s task as your own. But Grimmish floats many different explanations for pain and our travails with it: can we ever understand another’s pain if we haven’t experienced the same kind of pain? Why do so many people willingly participate in sports where inflicting pain is the goal? And why do so many of us watch on?

As the narrator writes, ‘Violence in all of us, violence around all of us. But it is ritualised, fetishised, encapsulated, adumbrated, by the square ring.’ Is this fascination something akin to the literary? The lure of the spectacle often creates a sense of ‘the real’, yet it can also seem distant and fictive. At one level, it’s an absurd test of masculine endurance, both for the spectators and the performers—who can survive the longest, who is strong, who is weak; on another, a potential Aristotelian catharsis looms on the horizon, the hope that violence can be sublimated in some ‘healthy’ way. Near the end of the book, when Grim is in the Claremont Asylum, Winkler leaves us with a sadder answer:

I had some, a person or persons or perhaps it was just me, trying to say that the glory of pain is that it teaches you things. And I say as one who might know, if there is enough of it then pain is just pain. Yes it abstracts and swirls into shapes, oil on water, but a lot of pain is a lot of pain is a lot of pain and it is not a friend and not a teacher and not a guide and not a redemption. It is just pain. Six rounds, twelve rounds, twenty rounds: three minutes each, pain, eye-blinding pain, outside of time, a parcel a portion a package a non-ness of not-ness, liberation through negation.

When I think back to the countless hours I’ve spent watching wrestling, my desire, whether consciously understood or not, has always been a drive towards non-being. If Grim were born today, I would have stared and stared, hooting and hollering; watching him suffer, never fully certain of exactly why I needed to watch. Watching wrestling gives me a sensation of having been punched until there is no pain, the thoughts in my too-active mind silenced, at least for the moment. My love of reading emerges out of a similar drive, although the aesthetic pleasure reading can offer is always more satiating.

Nevertheless, even during those grand aesthetic moments, I experience a similar state of non-being, that sublime ‘liberation through negation’. In the most profound way, any words I write would feel truer if they were emblazoned in quotation marks, such is my essential sense that I am merely the shadow of someone else’s words. In the same way, Grimmish suggests to the reader the uncanny sensation that Winkler too is Grim’s shadow, as his identity is intimately tied to this eternal sparring partner. The last image of Uncle Michael conjures something of Winkler himself entombed by his many writings and documents about Grim: ‘Satisfied with his construction he eased himself inside the shallow shelter and grinned with eerie contentment.’

It might sound like ridiculous praise, but Grimmish is one of those books that seem as though it were written for me. Of course, it won’t alleviate the pain of this life—even when it provides numerous laughs and exceedingly moving passages—but it will give that pain a form, no matter how exploded. The fact that a book such as Grimmish had to be self-published first is evidence of the harsh reality confronting contemporary Australian authors who want to take risks, both formal and thematic, but who are often met with the indifference of publishers more interested in the demands of the marketplace. After all, few people would know what to do with a character that is a talking goat, but who reads Don Quixote anymore? Perhaps in an attempt to pre-empt this, the fictional reviewer argues:

There is likely to be a readership, however small, that enjoys what Winkler is attempting to do, and finds within these covers something sincere and worthwhile. Sometimes it is a question of timing, the happenstance of the right reader meeting the right book at the right time.

Indeed, to quote the oft-repeated words of wrestling promoter Paul Heyman, ‘That’s not a prediction, that’s a spoiler!’ •

Reuben Mackey is a PhD candidate at Monash University, where he is researching the metafictional sublime in Australian literature. His work has appeared in Antipodes and TEXT. 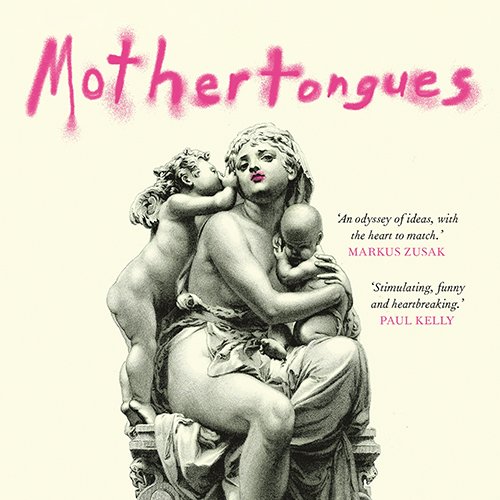