Reviewed: Jackie Wang, The Sunflower Cast a Spell to Save Us from the Void, Nightboat Books

The dream begins in the middle of things. And as in dreams, the poems in The Sunflower Cast a Spell to Save Us from the Void begin and are on the run before we can place them. But this disorientation is familiar—in our dream lives we are thrust into the uncanny without experiencing it as such; we are often at home with disorientation. Within the space of a dream, non-mastery is chill.

In the first poem, lost in the woods with ‘a woman lurking’, both the speaker and this lurking woman are lost: ‘She is lost and I am lost but the difference is she / is a novice at being lost, whereas I have always been without country. / Without planet.’ It is not until several poems in that dreams or dreaming are referred to directly. Before this, we intuit these poems as dreams, syntactically. The opening poem forms an introduction to the collection: we are lost—but it’s okay to be lost. This is Jackie Wang’s sprawling genius.

A lot of Wang’s poems have humour. As in dreams, this is a humour that is not estranged from pathos, from violence, from tragedy, from truth. In the poem ‘The Evil Noodle’, a family psychodrama plays out between sisters—one trying to poison the other with the eponymous evil noodle: ‘I feel a kinship with the little girl because we can both sniff out evil.’ In ‘Masochism of the Knees’, there is a ‘girl forced to kneel on dried chickpeas to atone for the sin / of being alive’.

Absurdist imagery gives the collection a playfulness, staying true to the way it can feel heavy and profound inside the dream, even as the dream might sound silly on recollection. In ‘Preliminary Notes on the Marxist White Boy Recognition System’, some Marxist white boys influenced by Italian autonomists start to quarrel with other Marxist white boys influenced by French ultra-leftism: ‘Some insults are hurled about Negri … Another makes a counterveiling / remark about the stupidity of Theory of the Jeune Fille.’ Our dreamer-speaker just wants to ‘escap[e] through drugs’ but then Kant shows up, ‘so drugs are unnecessary’.
Throughout the collection are illustrations by Kalan Sherrard reminiscent of Dadaist automatic drawing: this style of drawing, which aims to draw from the unconscious, is necessarily loose—they are sketched out quickly before conscious thought can dictate the lines. The first of Sherrard’s illustrations shows ghostly human figures (or are they flames?) drifting (by their own will or against it?) towards a scribbled void in the centre of the page. These figures continue to populate the book, variously accompanied by handwritten phrases or words from the poems (‘feminist commune’, for example, or ‘laserjet printer’).

Opposite the title page, another drawing shows a messy arrangement of object outlines attached to name tags, indicating a cast of characters who will inhabit the poems. And what objects are these, as if it is a workshop pegboard waiting for tools to be returned to their proper places? A boot for Cindy? A stomach for Breton? A molar for Bataille? A canine tooth for Plathgirl? A snail for Crystal? And for Björk? For Jenny Zhang? For Kant? For Persephone? And for those marked with only a single initial: C, L, F and X? Is that the outline of a pair of sun-glasses? A dildo? A rabbit’s foot? Perhaps this is a Rorschach test of sorts. I might have given something of my own psyche away here.

In thinking about dreams, how can one hope to escape the spectre of Sigmund Freud, the father of psychoanalysis? The speaker’s own psychoanalyst features in a few poems, too. In ‘The Covert Apocalypse’, while trying to outrun and evade a deadly disease spreading rapidly across the Harvard campus, our dreamer-speaker’s analyst ‘appear[s] as the physical embodiment of the Law … She has become a high-profile lawyer.’ This portrayal of psychoanalysis as authority vibes with the title of Freud’s The Interpretation of Dreams (1900), which makes a poetic claim to dream-mastery (it’s called ‘The’ Interpretation, not ‘An’ Interpretation, after all). An exchange between Freud and his eventually estranged prodigy Carl Jung is illuminating: Jung was perplexed by a dream in which he descended into the basement of a beautiful house, finding an ossuary there. Freud fixated upon the presence of a bone in the dream, stating that it meant there was someone Jung wished to be dead; but Jung insisted, no: it was a great many bones, not a singular one.

The philosopher Gilles Deleuze uses the above example to dismantle this authoritarian streak within psychoanalysis—insisting on a multitude of meanings, rather than one fixed and stable interpretation. We need to be careful not to smother all the multitudes by laying down a single once-and-for-all interpretation from the top down. In ‘The Coral Tree’ Wang’s speaker intones: ‘how we chose to interpret life and death is not neutral; interpretation / is always strategic. Some interpretations are more politically and / personally enabling than others.’ Every reading, every interpretation, comes from somewhere; not nowhere, not no-one; our interpretations are situated; and there are consequences. The dream, like the poem, defies mastery and exhausts interpretation— there is always more to unravel each time. Wang’s collection reinforces this: that this is part of the pleasure of poetry, of dreams, of reading and of interpretation. A dream doesn’t belong to us, but we belong to the dream. We are not writing the letter, but are sealed in the envelope with it; enveloped by the dream.

It is cliché to think of the dream as a space of ultimate freedom, however. In ‘Panic at the Disco’, Wang writes: ‘all movement is governed by something external, do / we know it? The pool has rules, you can’t just swim.’ The dream is more akin to a remix of our waking lives and reality. But, since dreams generally operate outside the conventions of reality—might they allow a space for new possibilities to emerge? Might dreaming be integral to creating new and more just worlds? Wang gives the collection’s most explicit rendering of an answer to these questions in ‘The Coral Tree’:

I don’t believe the imagination can
fix everything (I am a rigorous
materialist!), but it can do some of the
work: the work of creating openings where
there were previously none.

To think with the dream is to give up an attachment to mastery—to let go and be opened to the possibility of gaining a new perspective on the forces that move and attempt to order us in our waking lives. The worlds conjured in The Sunflower are apocalyptic, catastrophic, but there is also hope amid the ruins: ‘Here is the / destroyed world, and here—beyond the threshold—is the luminous / world.’

And true to form, the sunflower appears and reappears throughout the collection. Like Jung’s ossuary—that mass of skulls and bones that was not a singular bone but a multiplicity of bones—the sunflower too is a multiplicity made up of not one flower but thousands of tiny flowers. In the titular and final poem of the collection, the sunflower shifts and morphs: ‘now the sunflower is an equation, now a / t-shirt’. The poem itself loosely follows the equation of the sunflower in a Fibonacci sequence, following ‘the infinity flower, its deep mathe / matical order’. The line lengths of the poem are made up of words numbering 1 then 1 then 2 then 3 then 5 then 8 then 13 then 21 and so on, following the golden ratio of the sunflower’s spiralling face: ‘its Fibonacci radiance excreting / phyllotactic spirals to light’.

In her previous book, Carceral Capitalism, an experimental polemic against the prison system, Wang comments on how she sees her role as a poet: ‘I know that as a poet, it is not my job to win you over with a persuasive argument, but to impart you with a vibrational experience that is capable of awakening your desire for another world.’ In The Sunflower Cast a Spell to Save Us from the Void, Wang has gifted us this exact vibrational experience—a poetics of queer abolitionist dream life for the apocalypse we’re living now. And into our dream lives and our waking lives—it reaches out, stirring up multitudes, inviting us to get lost, or at least accept that we already are. ‘We are aureoled beings doing our being / thing’, just vibing at the end of the world …

But sometimes the moon is such that you
just kind of slide into the glory
hole that is your life, the brave freewheeling
musicality of existence.

Terri Ann Quan Sing writes poems and writes about poems. You can find more of her work in Peril, Liminal, Mascara, Going Down Swinging, and elsewhere. 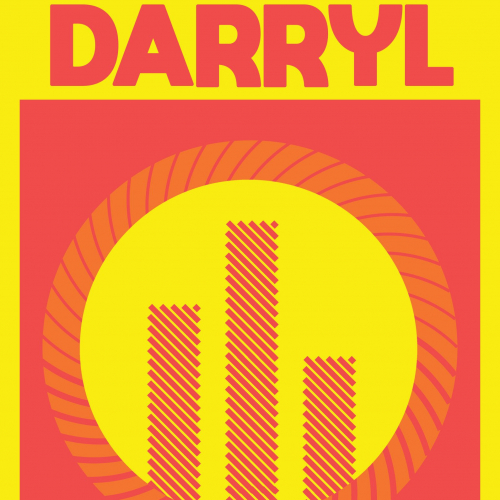 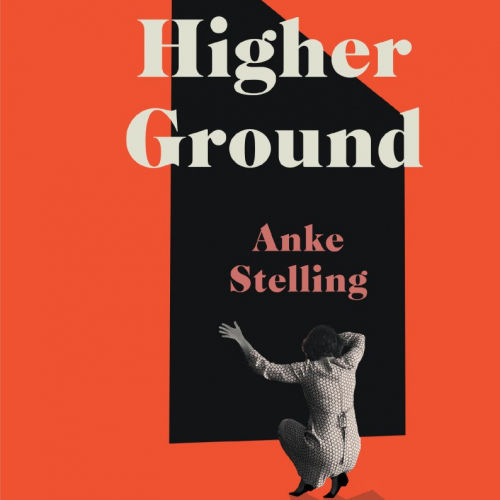 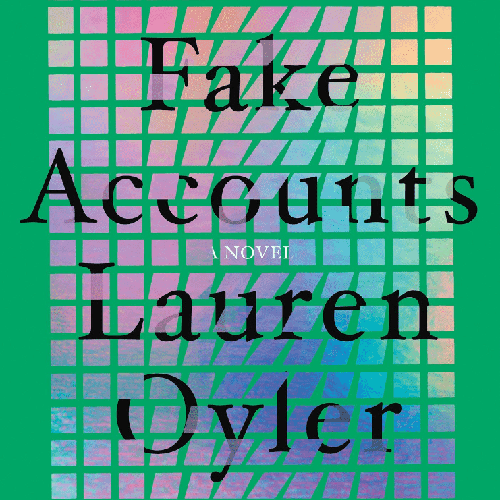 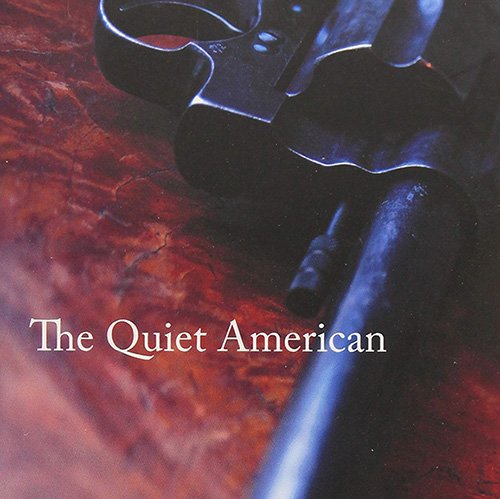