This April, news outlets reported that researchers had observed a drop in underwater noise pollution since the start of the year. The Guardian quoted statistics stating that over the period of the study, from 1 January to 1 April, imports and exports at the port of Vancouver near the study site were down by 20 per cent. Cornell University’s Michelle Fournet said that ‘we have a generation of humpbacks that have never known a quiet ocean’.

Rebecca Giggs’ first book, Fathoms, was published as the COVID-19 pandemic was quieting the world. It came out at the end of April, five weeks after lockdown commenced in Australia and only a day after the Guardian article was published. It couldn’t be more timely. By then the pandemic’s first meme, ‘nature is healing’, had already passed through the internet’s version of the stages of grief: from joy through debunking to backlash and, finally, parody.

It’s a simple formula: what’s good for humans is bad for other animals; therefore what’s bad for humans—a pandemic, for instance—might be good for other animals. It’s also a flawed formula, not least because it ignores that wholesale capitalist consumption is corrosively bad not just for non-human animals, but for the vast majority of humans too. At every stage this meme raised uncomfortable questions about how to mark the positive side effects of a global tragedy that is wreaking heartbreak and devastation. We live in a time of growing anxiety about the accelerating harm our economic structures inflict upon the natural world, and the temptation to lean towards a conservation-minded misanthropy is strong. This all-encompassing devouring of the natural world once found a perfect microcosm in the whaling industry. ‘People of the nineteenth century,’ Giggs writes, ‘dressed in, slept, and dreamt on the stuff of whales … In the ordinary course of life, they were almost constantly in contact with whale-gleaned products.’ Yet for all the uses, luxurious and commonplace, that whales and their body parts were put to, the process of procuring and extracting those body parts was a gruelling and gruesome business: ‘Dead, a whale would be chained to the side of the ship and flensed of scarves of fat about fifteen to twenty feet long, using curved blades like sickles.’ In a nuanced and considered chapter about the contemporary Japanese whaling industry, Giggs describes whalers newly returned from sea: ‘the spattering on their boots and the legs of [their] coveralls is not engine oil, it’s fat. Pearly fat, plashed from dead minke whale. These men have waded thigh-deep through whale.’

Nowadays, whales are more likely to be seen from sightseeing boats than hunting boats. Describing a whale-watching trip from the NSW town of Eden—once a centre of the Australian whaling industry—Giggs talks of ‘tourism in proximity to extinction… We’ve come to see what we’ve saved. Ecotourism operators package encounters with whales as a double marvel: the spectacle of witnessing immense animals … hand in glove with a chance to contemplate our own species’ capacity for temperance.’ Once com- modified for the products of their bodies, whales have now become a commodity of a different kind: the great spectacle, the modern-day miracle.

The queasiness induced by this commodification will be familiar to anyone who spends time looking for animals, plants or any other kind of life on Earth: the rarer the organism, the greater the thrill in seeing it. No cachet is attached to seeing something that anybody could see at any time without effort or skill or expenditure. And so the organism becomes an object—something that has use or value only insofar as it can be seen by humans—rather than a complex being with its own individuality, needs, drives and threats.

Tellingly, on the whale-watching trip from Eden—trips that nobody goes on who doesn’t bear some deep desire to be awed by whales—Giggs overhears a father correcting his young son, who had referred to ‘the whale who will come soon’: who becomes that. In April this year birdwatchers in Melbourne were tempted to ‘twitch’ a small group of glossy black cockatoos that unexpectedly turned up in the city’s bayside outer suburbs. Their presence was remarkable: they were 400 kilometres west of their natural range. The fact that the attention of multiple eager birdwatchers might cause additional stress to these endangered birds—which had found it necessary to fly so far to find the highly specialised food on which they depend, fleeing habitat in East Gippsland destroyed by recent fires—was little remarked. Mere fascination with an animal is not enough to ensure that we prioritise its welfare, or its individual experiences.

As a pronoun, ‘that’ can also be used to denote something of such colossal magnitude that it sits at the limit of human reckoning. In Laura Jean McKay’s novel The Animals in That Country, published only a few weeks before Giggs’ book, whales assume an almost god-like presence: awe-inspiring, magnetic and terrifying in their unknowability. In the opening pages of Fathoms, Giggs, having joined an unsuccessful attempt to rescue a beached humpback, learns from a wildlife officer about the impossibility of humanely euthanising such an immense animal.

‘The whale’s central nervous system was so large and complex … A bolt through the brain would take too long for the heart to register it. A shock to the heart wouldn’t transmit immediate death to the brain. Exsanguination … could take many hours.’

This immensity is neatly encapsulated in the book’s subtitle: ‘The world in the whale’. At every point Giggs—and by extension the reader—is drawn by the charisma of whales (‘how hungry we were now, for awe!’), a charisma that, as she notes, is almost inexplicable when we compare it to the attraction other animals have for us. These largest of Earth’s animals aren’t, in conventional terms, cute; they don’t even have faces that we can recognise as such—and yet they can hold us more enraptured than any other group of creatures.

‘Our emotional lives are connected to those of animals, in more material ways than we tend to imagine,’ Giggs writes. There are material traces, such as a stone harpoon tip found embedded in the blubber of a bowhead whale in Alaska—a species that can live for two centuries—and which was of a type last used by people in that region in the 1880s: cultural history literally embedded in whale. Or the more mundane, yet more horrifying, 100 kilograms of ‘knotted synthetic netting, ropes … packaging tape, plastic drinking cups’ found in the stomach of a sperm whale off the west coast of Scotland in 2019.

There are many of these catalogues in Giggs’ book. One is the itemising of refuse found in a northern gannet’s nest, listed by JH Gurney in 1913 and recounted by the contemporary Scottish writer Kathleen Jamie: ‘A butter-scoop, a battledoor [a type of racket], a golf-ball, some toy whips, some little baskets and a net-maker’s needle’. In the meantime, ‘we have frozen their cultures inside ours’. Giggs relates how cryptographers are encoding secret messages into fake whale songs, and how humpback whale songs from the 1970s continue to be reproduced on record even as the songs of real whales change and evolve. We even sent those humpback songs into space on the famous golden record of the Voyager spacecraft. As Giggs asks, writing of decades-old eskies released from newly melting ice in a warming world: ‘How much out-of-place-ness should occur before we admit the impossibility of there being any in-place-ness left?’

It’s a question that recalls Jamie again, who writes: ‘They say the day is coming—it may already be here—when there will be no wild creatures. That is, when no species on the planet will be able to further itself without reference or negotiation with us.’ Another passage of Jamie’s, about watch- ing as an orca slowly defines itself in the surrounding sea, also seems apt when considering Fathoms, the first book-length record of Giggs’ writing: as with the best writers examining our relationship with the natural world today—or perhaps just the best writers, full stop—Giggs is above all else watchful and attentive.

She’s an exquisite writer. Giggs transcribes the chirping noise of prawns as ‘e e e e e’, before going on to observe that the animals ‘fit snugly into the printed vowel of their sound’. Much later in the book she writes of albatrosses gorging themselves on plastic, and notes that the plastic contents of the birds’ stomachs will survive intact long after the birds’ bones have decayed—a striking and unforgettable image that encapsulates in one sentence the vast nightmare of oceanic plastic pollution.

Giggs is particularly good at picking out the hidden parallels between the quotidian world and the larger, ongoing global environmental catastrophe. Recalling a TV documentary about polar bears that she watched on a videotape as a child, she sees in the deterioration over time of the tape’s images a foreshadowing of the disappearance today of the ice on which the bears live.

For all their awe and majesty, for all that they’ve inspired in human cultures, whales are of the world, and are at the mercy of the decisions of humans. Hunting is only the most direct way of killing an animal. ‘No whale species was ever driven to extinction by whaling, for all its sweeping violence,’ Giggs writes, ‘but cetaceans have disappeared from the planet, already, as a result of pollution.’ The paradox of the whale is that something so monumental can still be so vulnerable to human activities. Whales today are, in a very real way, swimming in oceans of plastic. Just as with ocean noise pollution—the two are connected, of course—this change has happened extraordinarily rapidly: ‘Fifty years ago, the ocean was very nearly plastic-free. In the lifetime of a single whale, its environment has absorbed hundreds of thousands of tonnes of polymer litter.’ In the lifetime of a single whale—but the lifetime, or less, of a single human too.

Whaling once created the world. It would have been impossible for people living in the age of global whaling to imagine a world without whale products. To borrow a thought from Ursula K. Le Guin, it’s a similar challenge now for us to try to imagine a world without capitalism, or at least a world not at the mercy of capitalism and all the consumption and disposability it demands.

In the epilogue, Giggs joins a queue to see a dead whale washed into an ocean pool in Newport, in Sydney’s Northern Beaches. A taxi driver in the queue ahead of Giggs announces that she’ll have to make up the lost work hours, to which Giggs replies that she will, too, by working over the weekend.

Reading this passage in the second month of Australia’s lockdown during the COVID-19 pandemic, I was reminded of my own circumstances: still working from home, like many other office workers, reassuring clients that nothing had really changed, hoping that our governments ignored those people calling for the economy to be reopened at any cost. Entrenched socioeconomic systems and expectations are resilient, and resistant to change. Are we comfortable living in a system that won’t allow us to pause, even for some of the largest animals ever to have existed on Earth? It’s just one of many questions Giggs invites the reader to consider in this fascinating, stimulating book.

Harry Saddler is a Melbourne-based writer. His book The Eastern Curlew: The Extraordinary Life of a Migratory Bird was published by Affirm Press in 2018. 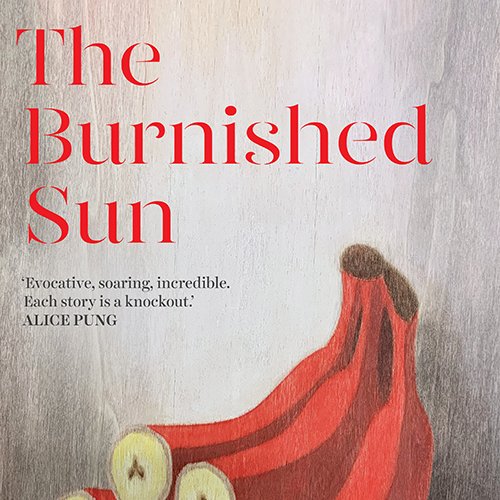 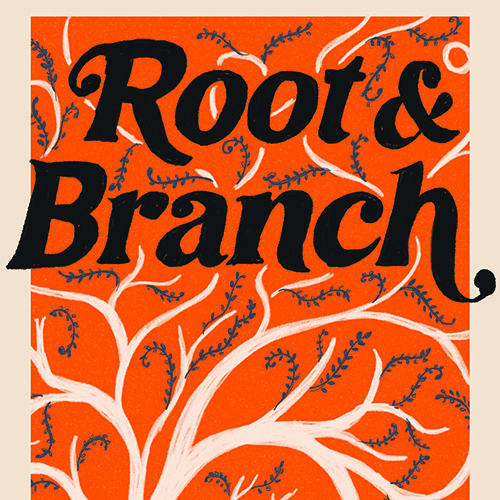 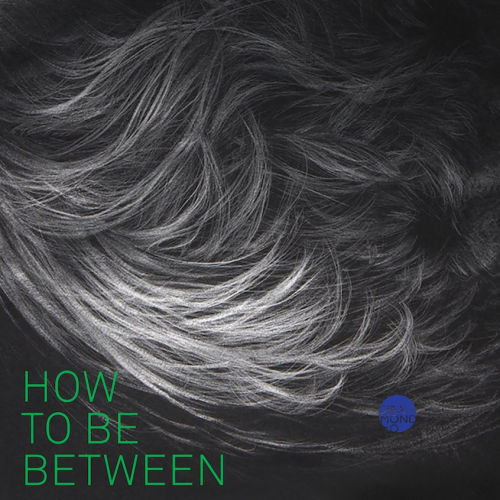 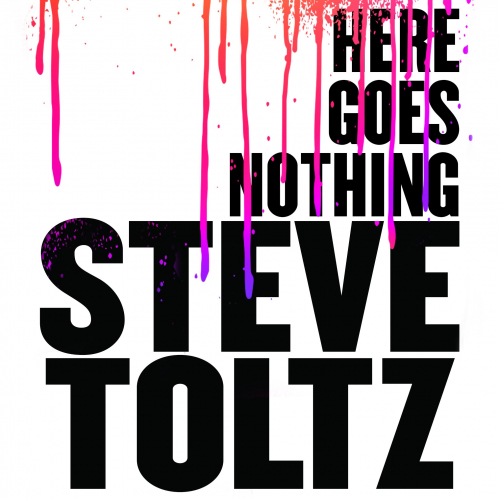