I grew up in a time and place where sex wasn’t pushed under the rug. We were lucky if it stayed behind closed doors. I was born in the late 1970s, in the midst of a social upheaval around sexual mores, and my parents and their friends had decided to do things differently to their forebears. Shame around sex was out, spontaneous public nudity was in. Amid all this freewheeling behaviour, nothing was ever explained. I was a watchful child and the basic tenets I gleaned about sex in my early years could be most simply summed up as: it’s not a big deal, there’s no need for discussion, and—the golden rule—don’t be uptight. Meanwhile, all around me families broke apart and reformed at whirlwind speed. Like many kids who grew up in this climate of sexual experimentation, I developed a cautiousness about sex, because one thing soon became clear—it was a very messy business.

I have no memory of not understanding the mechanics of sex—who put what where—but the confusion around sexual feeling started early. I distinctly remember my parents taking me to see some kind of foreign film. They had no baby sitters, so my brother and I always tagged along with whatever was happening. The film was dark and broody, subtitled, and I couldn’t yet read. There was a sex scene that began with some degree of antagonism. I remember asking my father, ‘Daddy, why is he hurting her?’ And him shushing me and saying, ‘He’s not. She likes it.’

‘But why is she making those sounds?’

‘That’s the sounds she makes when she likes it.’

This was an unnerving revelation. I remember being worried for her all the way through the film. ‘But she doesn’t sound like she likes it,’ I kept muttering. I must have been under five.

‘Don’t watch it if it’s scary,’ my dad whispered, so I slithered down and sat beside his feet where I couldn’t see. And, of course, no further explanation was forthcoming.

The first explicitly sexual book I remember reading was Judy Blume’s Forever. It was greatly hyped in my pre-teen circle of friends, passed around like a secret. All I remember is that it was faintly discomforting. I re-read it recently, just to see, and I think perhaps—even back then—I didn’t quite buy the sexual chemistry. There was something prosaic about Kath’s and Michael’s desire, something a little forced and sad. And really, the sex scenes didn’t give us much: ‘He rolled over on top of me and we moved together again and again and it felt so good I didn’t ever want to stop—until I came.’

It was upfront, yes. It told us (vaguely) what went where. But it lacked an interiority that would have made the whole thing more enlightening. Why did it feel good? What was the feeling like? What was happening inside Kath’s head? Why did she love Michael? These were all things I desperately wanted to know.

Around the same time I found a copy of The Joy of Sex. We were staying at my parents’ friends’ house in the city and I spied it on one of their bookshelves. I really wanted to look at it, but I didn’t want anyone to know that. Despite my parents’ openness, I was quite a private being. So I snuck out in the middle of the night and snaffled it, hiding it under the mattress to peek at in any moments of solitude I could snatch. The Joy of Sex was informative. With lots of pictures. But I don’t remember feeling any closer to the things I wanted to know. Why did pleasure sound so much like pain? Why did love so often seem to hurt? If you basically just ‘moved together’ with someone until you came, why was everything so (fucking) complicated? What was going on?

By the time I finally kissed a boy, I was shocked by the ordinariness of it. How could something that gathered so much heat in the culture around me feel so pedestrian? I had expected a magical sensation, akin to fireworks, something that would explain this incessant focus on sex. It felt exactly like someone pressing their tongue into my mouth. Which, when you think about it, is just plain weird.

As a young teen I was surrounded by many fictional portrayals of sex. D.H. Lawrence, Anaïs Nin, Henry Miller and Charles Bukowski sat gathering dust on my parents’ bookshelves. I opened them all over time, with some curiosity, but I don’t recall a revelatory quality to these readings. Perhaps it was a bit like the foreign film—I was simply too young to understand them properly. In an unfortunate coincidence I happened upon historical romance novels at about the same time I started having sex, some time in my mid teens. A friend, the youngest in a family of seven girls, brought Johanna Lindsey’s So Speaks the Heart to my house, and after dissing its outlandish Fabio-inspired cover, I picked it up and had a peek inside. What I uncovered was a raunchier world than I had ever encountered before:

But when he finally did join his body to hers, he still moved carefully, slowly, and she could not stand it. She raised her hips to force all of him into her. What followed was no less than wondrous. A tight knot formed in her, becoming tighter and tighter until it broke, and the throbbing that followed was exquisite, spreading through her whole body and going on forever.

This was a more precise attempt at describing orgasm and detail around physical sensation than in Forever, but what about all the other bits I was discovering about real sex? The fluids, the strange body-sounds, the awkwardness, the missed communication, and the confusing times it just didn’t work? And most importantly, what about the clitoris? This little nub seemed entirely absent. How could that be?

When I started bringing historical romances home, it was immediately clear that my parents viewed them with disdain. In shame I ripped off their covers and stashed them in a bottom drawer. My parents weren’t concerned about the sex, but about their terrible ‘quality’. Why would I like reading books that were so clearly very bad? It’s a mistake to judge a book by its cover, and if they’d read one they might have been surprised, since not all trashy romances are badly written. I wish they had taken the time to read a few so they could have set me straight about some of the myths these books peddled. That orgasms are always simultaneous. That around your lover arousal is ever-present. That desire and beauty are intrinsically linked. That love usually starts with a superficial contempt, and—perhaps the most problematic of all—that ‘bad’ men always come good in the end. I read those books obsessively as a teen and slowly they created an alarming gap between what I felt sex should be like and what it was.

Despite this discrepancy, my boyfriend and I made our way through the pitfalls and pleasures of inexperienced sex, learning from each other, and in time I began to realise these romance novels weren’t doing me any good, that the subtexts of the stories were undermining my happiness. If I’d started reading them as a sexually experienced adult it might have been different. I might have been able to view them as what they were—pure fantasy. But as a teen they were just confusing.

Then I discovered Puberty Blues. I have no memory of how I found this book, but I was astounded by its gritty realism. Reading Puberty Blues was revelatory in how it mirrored the dismal reality of the teenage sex lives unfolding around me. Drunken or drug-fucked groping in the backs of cars, awful unpleasurable hook-ups that left my girlfriends dazed with disappointment. Although it was startling to finally find recognisable sexual experiences on the page, I didn’t learn anything about sex that I didn’t—in a sad kind of way—already know. I wanted to experience writing about sex that was real, but not that real.

The book I learned the most from turned out to be something quite unexpected, Shere Hite’s The Hite Report on Female Sexuality. I discovered it in my mid twenties in the bookshelf of my best friend’s mother—a battered relic of the 1970s. I must have skipped over it a thousand times, but one day I picked it out, and what I found in those pages opened my mind. A collection of anonymous questionnaire answers about sex—intimate revelations by a range of women about their own experiences and desires, in their own words. I read this book in a single day as though it was a thriller. I was heady with new knowledge. The sheer diversity of female desire and arousal; the strange individual idiosyncratic nature of the whole process. Reading this book freed me from expectations about my own sexuality in a way nothing previously had.

I recently read Helen Garner’s Monkey Grip for the first time. It was published in 1977, the year of my birth, and though I didn’t grow up in inner-city Melbourne, I instantly recognised the attempts at sexual liberation that had characterised my parents’ community. There is so much ‘fucking’ in Monkey Grip it is hard to keep track. The protagonist, Nora, relays her sexual experiences perfunctorily, with an unabashed casualness. Reading the novel, I was completely engulfed by the same confusion I felt as a child. Why, if sex means so little, does everything seem to revolve around it? For me, Monkey Grip embodies that cultural paradox like nothing else I’ve read. But it also got me thinking about the lack of sex in mainstream literature today. Considering we live in a world saturated with visual portrayals of sex, it seems a strange gap.

As the Bad Sex in Fiction Award attests, it is easy to write poorly about sex, but does that risk really explain the reticence? William Nicholson, a disgruntled past nominee, observed: ‘There’s an underlying assumption that it’s not good form to write about sex as if it really matters. Irony, dirty jokes, porn, all fine. But serious sex—that’s a private matter.’ Yet sexual longing—fulfilled or unfulfilled—makes up a huge part of how we relate to each other. It runs, like an undercurrent, through most of our lives. If the strength of the novel is that it allows us to inhabit the experience of being inside the mind of someone else, is it rational that sex in mainstream fiction should so often be peripheral to the story? We live in a ‘liberated age’, where the full spectrum of sexual experiences is available to us with just a few clicks and taps on the keyboard. But what is so frequently lacking in visual portrayals of sex—subtlety, nuance, feeling, emotion, depth—could be fertile ground for the novelist. Surely sex, with all its complexity, is worthy of a deeper interrogation.

A little while back I heard British writer Glen Duncan talk about what good sex writing does:

The most convincing sex writing is writing that focuses on the discrepancy between the pop-culturally dictated ‘script’ of interiority—that is, what the songs and movies (and bad writing) tell us we’re supposed to be thinking/feeling—and the frequently absurd, dislocated or downright disturbing things we’re actually going through whilst having sex.

Something about this spoke to me. I realised that the sex writing in novels I’ve loved as an adult have all done this, in one way or another. Writers such as Susanna Moore and Jeanette Winterson, Carrie Tiffany, Krissy Kneen and Duncan himself are writing into this gap between popular narratives around sex and the hard-won reality. Writing about sex as if it really matters. 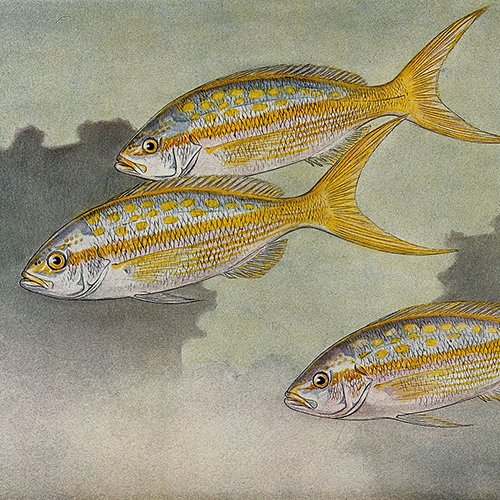 The Child in Me
Na'ama Carlin 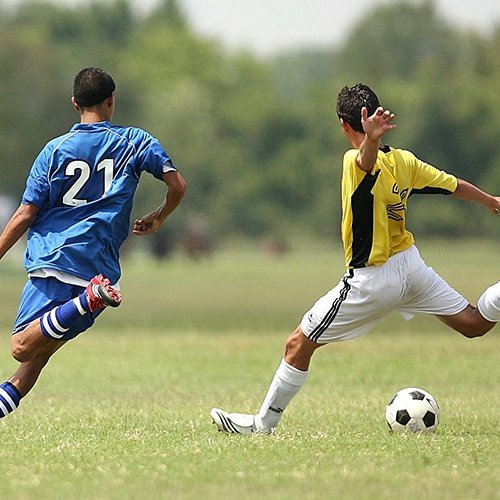 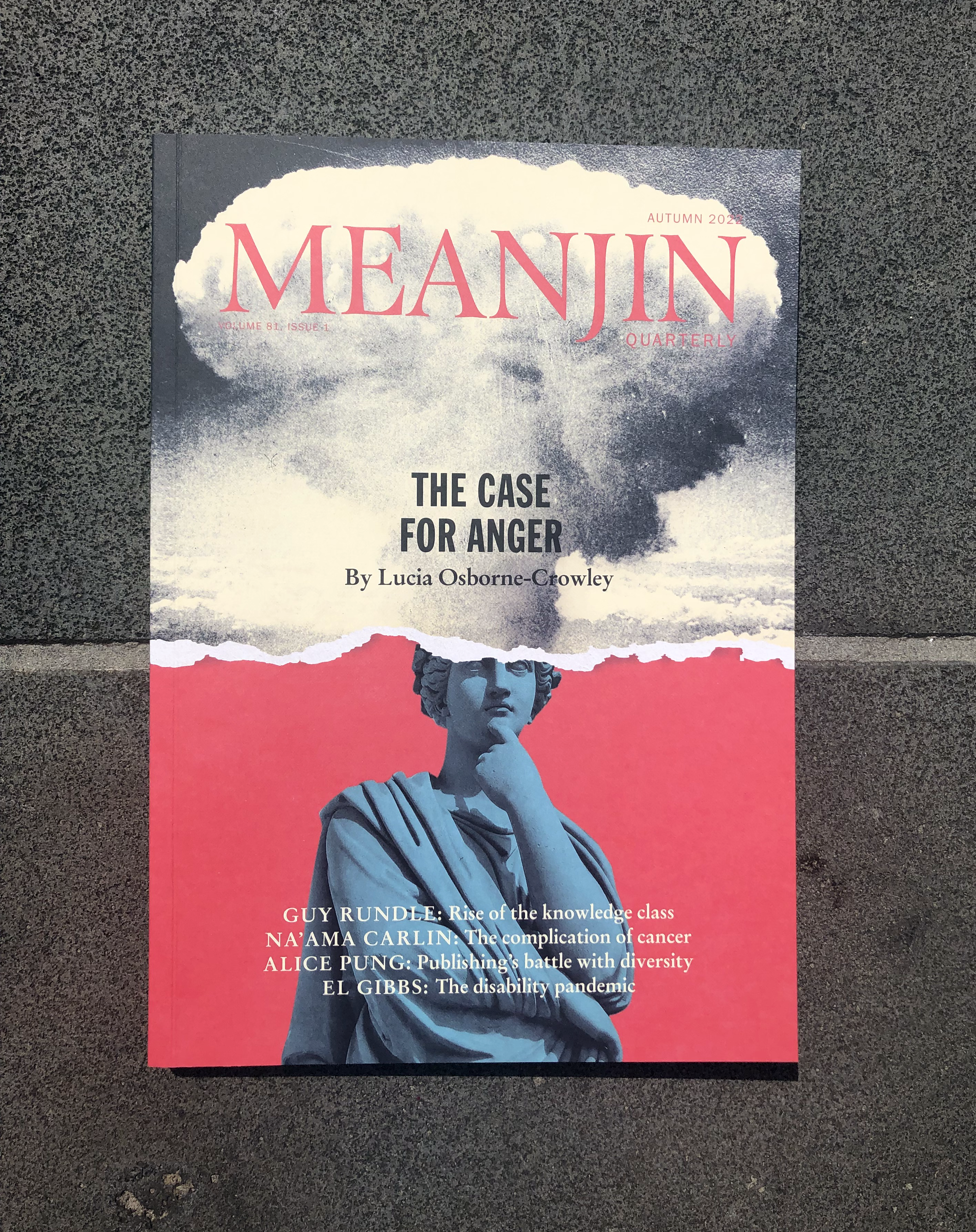