Living in London for tax purposes in 1972, I read that Spike Milligan would be signing copies of his new book, Adolf Hitler—My Part in His Downfall, at Hatchards in Piccadilly. I’d never been to a book signing before but Spike was a hero of mine and I arrived early. I lurked near where he was obviously going to sit and by the time he arrived, a long queue spilled out into the street. For over an hour Spike signed books and he was brilliant. A man asked him if he’d please sign a book for his wife.

‘How many times have you been married?’ asked Spike.

‘Just once,’ said the man. Spike dedicated the book to Elizabeth the First.

Once the shop had run out of Milligan books and Spike was having a cup of tea I eased a pile of books from a shelf behind me and quietly asked Spike to sign them. In the pile was a copy of every book he had written, plus several extra copies of Puckoon for friends. We could all practically recite the whole novel.

The new book Adolf Hitler—My Part in His Downfall had been released a couple of weeks earlier and I’d already read it. Among a great many delights, the book contains examples of early humour and writing Spike was developing with a friend named Harry Edgington. They’d been in the same regiment and had gone through the war together. As Spike signed the books, I thought I’d ask.

‘What happened to Harry Edgington?’

Spike stopped writing and looked up. ‘Where are you from?’ he asked.

‘Whereabouts in New Zealand are you from?’ he asked.

‘Whereabouts in Wellington?’ he asked.

‘Harry lives not far from you,’ he said and he wrote Harry’s address in the front of the book. ‘Go and see Harry when you get back to New Zealand. Tell him you met me and get him to make you a cup of tea. Harry is my greatest friend. He’s been a rock in my life.’

When I returned to Wellington I didn’t have the nerve to go and see Harry but I was in a production of the Spike Milligan – John Antrobus play The Bedsitting Room in Wellington and after the opening night I was leaving the building when I heard my name in a deep brown English voice. And there was Harry, still looking very like the army photograph in Spike’s book. He told me to keep going as a performer. I thanked him and told him about meeting Spike and he said: ‘Spike comes to Wellington from time to time. No-one knows he’s here. We just talk and laugh and drink and play music. Come around.’

This time I did go. Harry was a photo-engraver for a newspaper and he started work in the middle of the night, so I’d never seen him before these meetings. But his wife Peggy I recognised immediately. We’d often travelled on the same bus when I was at school.

These nights with the pair of them were unique and one year they did ‘An Evening with …’ concert to raise money for Downstage Theatre. It was not only a fabulous night with the population of Wellington swinging from the rafters, it also was full of the private fun the two of them had always had together. Harry sat at the piano. He didn’t play it. He just sat at it. He sometimes looked as if he was about to play it, but he never did. Spike was so funny he sometimes had to stop to allow people to breathe properly and when he got spontaneous applause he turned and gestured to Harry, who stood with great dignity at the piano, accepted the applause, bowed and sat back down again. It was like watching excess and restraint dancing together. And maybe Spike’s gesture was a truth told generously and maybe Harry’s silence was his tribute to his friend.

I stayed in touch with Harry until he died in 1993. I still think of him often. He was a very kind man and he co-wrote some of the early Goon Show episodes. The origin of ‘The Ying Tong Song’ was a discussion between Milligan and Secombe about how to pronounce Harry’s surname. ‘It’s not Edgerton. It’s EdgYINGton.’

It used to amaze me that Spike Milligan was my parents’ age and had been in the Second World War. In my childhood head he existed independently of the conventions of time or place and it wasn’t until I was about ten that I realised The Goon Show had been written, and that he did all that too. And it was decades before I realised The Goon Show is essentially a Second World War show. ‘How on earth did we win?’ Spike used to say. In the show Britain is an outmoded steam-driven shambles hobbled by class and bureaucracy and populated by mountebanks like Grytpype-Thynne and idiots such as Eccles and Bluebottle, with a few like Major Bloodnok who fall neatly into both categories. Ned Seagoon is a sort of boy scout, keen but frequently being blown up (as Spike was in Italy) by the incompetence of the system he is fighting to defend. Neurosis and an escape inside the language led Milligan to the laughter he needed, but the effort nearly killed him.

In the front of the Adolf Hitler book is the single line ‘After Puckoon I swore I’d never write another book. This is it.’ This reaches back to Lewis Carroll, who died in 1898, which can’t have happened, since he wasn’t Lewis Carroll.

The script agency that typed and submitted scripts for broadcast at that time was Associated London Scripts, one of whose founders was Ted Kavanagh from Auckland, who wrote ITMA. One of the other writers said Spike’s scripts were unique. ‘No-one else would write the following,’ he said by way of example: ‘Ned Seagoon is trying to explain the law of gravity to Eccles. “Look, I’ll show you,” says Seagoon. “You jump up in the air. Go on.” Eccles jumps in the air. “Now,” says Ned, “you came back down again. Why?”

“Because I live here,” says Eccles.’

One day at Associated Scripts Spike came out of the toilets into the large room full of typists and asked, ‘Who put the tea-leaves in the toilet?’

No-one owned up and Spike repeated the question. ‘Come on,’ he said. ‘Someone must have done it. The toilet was full of tea-leaves. Who put the tea-leaves in the toilet?’ Eventually a timid hand crept slowly into the air. Spike turned slowly to the young woman in question and the room became very quiet. ‘You’re going on a long journey,’ he said. ‘And you’re going to meet a tall, dark stranger.’

The other day I suggested that my grand-daughter come and help me wash the car. She’s four and half and likes nothing more than helping other adults with important matters of this kind. We discussed how best to do it, I made a few suggestions, which were accepted in broad outline and off we went. I designated a cloth for her use alone. (This turned out to be a very good idea, for those of you trying this at home.)

Once we got going it was obvious that she saw her role as the officer with particular responsibility for door handles. She came to me and announced that the door handles were filthy and I saw that she was very busy indeed, so while the rest of the vehicle was being washed, the door handles were being cleaned within an inch of their lives. When both she and the car had been thoroughly washed, I explained that the next stage of the operation was to have a cup of tea. She announced, however, that there was still important work required on the door handles, so while I went to empty the bucket and put things away, she toiled nobly on.

After we’d both come inside, I looked out the window and saw that she’d draped her cloth over one of the vehicle’s side mirrors. I’d been stressing the need to clean up properly after finishing a job so I said, feigning a casual interest, ‘Claudia, what did you do with your cloth after I took the bucket of water away and you were still working?’

‘Oh,’ she said, ‘I couldn’t find you so I folded the cloth and left it on one of the antlers.’

While sorting things out in my office I came across the program for a concert, in 1989, for Weary Dunlop, the doctor who was the senior Australian officer on the Burma–Thailand railway.

Among the performers at the concert that night was Bill Griffiths, an Englishman who was captured by the Japanese in Indonesia in 1942. Bill was blinded and lost both hands after being forced by the Japanese to clear minefields. When they were moved north to Changi, the prisoners who were very ill or handicapped and would slow things down were lined up to be executed. Bill was heavily bandaged and not very mobile. He was ordered to stand up on the hospital verandah and he became aware that the hospital doctor was approaching fast and telling the Japanese guards not to touch his patient. The doctor was Weary Dunlop. He put himself between Bill and the guard’s bayonet and he said quietly to the guard: ‘This man is my patient. We have worked very hard to save his life. If you kill him, that bayonet will have to go through me first. Go and get your senior officer.’ The senior officer needed doctors more than he needed a problem and Bill spent the rest of the war in Changi. His wounds healed and when he returned to England he went back to the firm where he used to drive a truck, got an office job and ended up running one of biggest trucking companies in England.

He flew to Australia for the celebration of Weary’s life and at the concert (military bands, show tunes of the period etc.) Bill provided the outstanding moment of the night. He was walked onto the stage by his wife, he stood alone at the microphone and he sang without accompaniment a song called ‘Two Little Boys’. ‘Did you think I would leave you dying, when there’s room on my horse for two …’ Bill was a wonderful singer and the performance was slow. The concert hall was full and as the song continued a lot of very strong men developed quite bad colds.

When Bill was interviewed in England about his long association with Weary he said: ‘Weary saved my life. He’s one of my greatest friends. I speak to him every day. He comes and sits in my den here and we talk. He sits over there in that chair. That’s Weary’s chair. It’s no use saying that Weary lives in Melbourne and can’t possibly be here with me. I’m blind. I can’t see that he’s not here.’

I was invited to participate in a discussion about the 1916 Easter Rising in Dublin. I was there to talk about Kathleen Fox, who painted the scene as it was happening and was a relative of my grandmother, but most of the other speakers were proper historians with qualifications and real knowledge. I felt like a pullet at an exotic bird festival and in order to work out an approach I asked the speaker sitting next to me what she’d be talking about. She was a professor of Irish history and a flicker of concern darted across her face.

‘I’ll be talking about the proclamation,’ she said.

‘Yes,’ conceded the professor, ‘although there are some difficulties.’

‘Really?’ said the pullet, to whom life seemed simple.

‘For example,’ continued the professor, ‘Patrick Pearce famously read the proclamation out on the Post Office steps.’

‘The Post Office in Dublin doesn’t have any steps,’ said the professor. 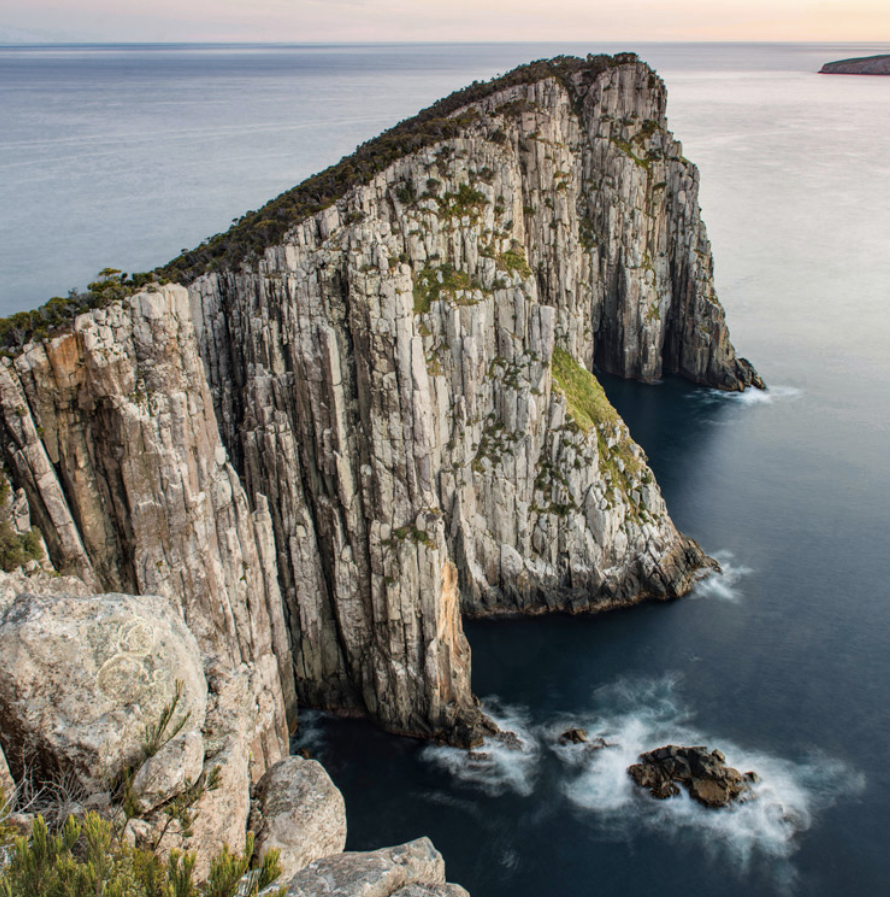 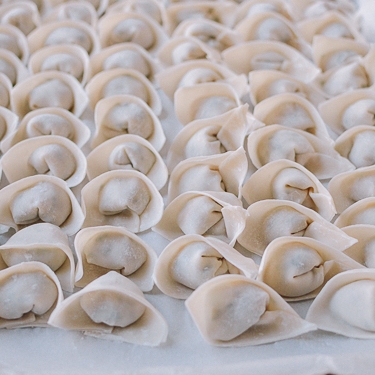 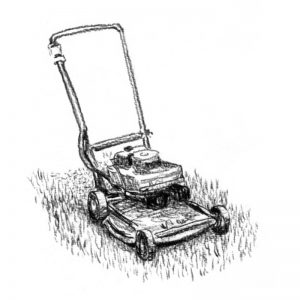