I was marvelling at a tree the other day. What a splendid thing it is in and of itself, I mused. Quite pleasing to the eye and functional. It can make oxygen, provide shade, be lived in by birds and insects, bear fruit, be scampered up by possums, hung off by bats and it holds the soil together so it doesn’t blow away. It doesn’t take much to run them either, a bit of water and some nutrients; otherwise, completely solar powered. Now, I can’t make a tree but I can make sense of one. I understand how a tree works from books and Wikipedia but that does not, in any way, make me marvel at it less. In fact, it’s even more impressive that it does what it does and is what it is, given how complicated the operation is.

But because we can’t physically make a tree, we are, as children, often taught to assume that there must be a supernatural being in our image that can. And because there is such a being that is so much more clever and powerful than we are, we need to worship it lest it get cross and deny us that tree upon which we rely for air, food, shade and so on; for this supernatural being can suspend the laws of physics and biology that we read about in books and on Wikipedia, so we had better watch out. But I’m not at all sure it necessarily follows that because there is such a thing as a tree, that someone or something needed to create it. Maybe trees just are and always were—or came to be, as we did, from something else. Maybe things just come into being and cease to be on their way from having been one thing to being something else. In other words, if we’re going to worship anything, why not cut out the middleman and just worship the tree.

Now I’m not suggesting we DO actually go out and worship trees. Yes, they’re definitely worth marvelling at—and maybe even looking after a little better than we do at the moment, but I’m not sure we should be down on our knees praying to them or offering them sacrifices. My point is that perhaps we shouldn’t be worshipping anything, particularly something magical that we think will turn on us if we don’t worship it enough. 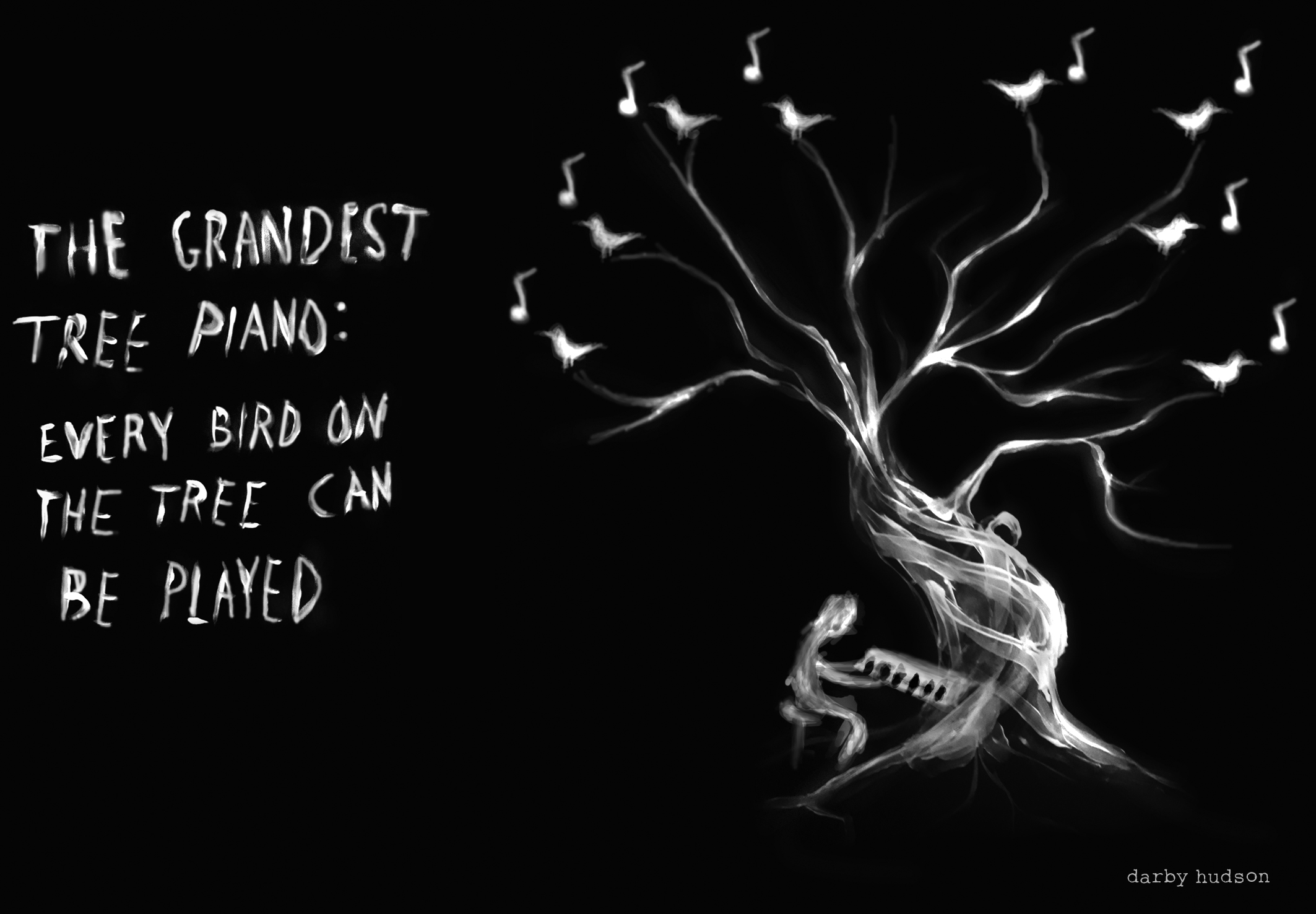 In the old days, of course, the Greeks and the Romans worshiped a whole swag of gods and because there were so many of them it didn’t seem quite as serious. You could pick and choose who or what you wanted to pray to, a bit like we pick or choose which football team we want to barrack for. Sometimes, when things went wrong, like our crops being blighted or our cat catching leprosy, it was because the gods weren’t playing well together. Thor and Loki were always causing problems for Odin in Norse mythology and that’s apparently why your Scandanavian warships sank on the eve of battle, not because those on them were born unworthy sinners and predestined to die unworthy sinners were it not for the grace of some single Supreme Being.

The Egyptians were to blame, really. Like the Greeks and the Romans and the Norse after them, the Egyptians worshipped lots of things; anything that moved, and quite a few things that didn’t; only they took it a lot more seriously. The whole civilisation was founded on the principle of accumulating stuff and then taking it all with you into the afterlife—and because those at the pointy end of the society had so much stuff to take with them, being such a successful and all-conquering civilisation, they had to appease all those gods they were beholden to by building giant pointy graves loaded with treasure and servants and pets. Now, obviously the treasure didn’t mind being buried in some tomb and the pets didn’t really know what was going on until it was too late, but the servants, who were as alive as the pets for the burial, came to resent the downside of their enslavement and decided to run away.

Through the desert they ran to find a place where they didn’t have to fetch and carry and die for a bunch of rich people who worshipped a whole dynasty of deities whose grandpa was the sun and whose backstories seemed to get more and more complicated as time went on (like in The Avengers movie franchise). On the way to wherever they were going, however—and in order not to be Egyptian—whoever was in charge decided to push the reset button and eliminate the sun and the moon and lions and birds and the Nile and rams from their belief system, and substitute for them instead one all-powerful and often extraordinarily angry creator god who could destroy you if you crossed him.

No-one seemed to notice that this new and exclusively singular god was a bit like the top end of the cruel and dictatorial society they had escaped, or if they did they didn’t mind because this new god was their god and they were damn lucky that he had chosen them to look after. Plus not only had their leader spoken directly to this god on top of a mountain, he had also been given some laws written in stone for them all to live by. These laws were written in stone because they were permanent and would stand forever; and they could never be changed by man (unfortunately the stones got broken and the bits later lost, but there are copies). Some of the laws, while by no means new, were sensible for a society to live by (no murdering, no lying; no coveting your neighbour’s wife or ox); others were a tad self-serving (no other gods, keep on worshipping) or trite (be nice to your parents) or more to do with not having to build giant monuments any more (no graven images).

Ultimately though, a single omnipotent and omniscient Supreme Being who controls everything and who gets cross if he’s not worshipped properly does wear a bit thin after a while, particularly if his primary purpose is to deliver you from all the things that make you miserable. People worked out pretty quickly that if he was indeed ‘all-powerful’, then presumably he could just eliminate the thing that would create the misery in the first place. Why not just have non-erupting volcanos? Why not make leprosy a nice thing? Did we really need death at all? In the old days, those in charge could just put that sort of awfulness down to the effect of all that sibling rivalry between Horus and Seth, but now it had to be because we were unworthy or because one of God’s angels had gone off and was behaving like Loki and up to mischief by leading us into temptation.

So it became not about being delivered from the Egyptians to some land that had been promised but being delivered from this life into the next life—which, let’s face it, was very Egyptian. And what about this naughty angel? If God was good, didn’t the existence of the naughty angel suggest a power anterior to the supposedly all-powerful new god everyone was going to so much trouble to keep happy? Like Thor fighting the Hulk for the pleasure of Jeff Goldblum in Thor: Ragnarok, it was all getting a little hard to follow, so it was decided that all would be revealed and put right when the Messiah came to take everyone to the real Promised Land. He would clear everything up; he’d separate the sheep from the goats and so it was in your interests to make sure you were a card-carrying member of the sheep club. It was a good metaphor too: the Messiah was a shepherd and he would come down to the mortal world on God’s fiat, separate the sheep from goats, leave the goats for the naughty angel to tend to and then herd all the sheep onto a beam of light or a space ship so that they could be transported to the afterlife. The trouble with the metaphor is one of extension in that the point of keeping sheep is to fleece and, ultimately, slaughter them.

Nonetheless, the importance of maintaining your membership of the sheep club by paying your dues and obeying its rules in anticipation of the Messiah caused all sorts of problems for the Romans, who, while they so desperately wanted to be Greek, couldn’t help remind the ex-slaves of the Egyptians. And they weren’t far off either; in fact, the all-conquering Romans became so full of themselves that the rich ones in charge started inventing their own gods and cults and rituals and even deifying themselves now and then. When the ex-slaves failed to be won over and remained noisily insistent that the Messiah would soon deliver them, the Romans put it about that the Messiah had already turned up but the ex-slaves had killed him, although not before he had taught everyone the importance of turning the other cheek and giving to Caesar what was Caesar’s.

This drove a wedge into the ex-slaves and the now more pliable portion gave up on being happy in the present world and just did what they were told until the next. The Romans, sensing they were onto a winner, adopted this religion as their own and insisted anyone they conquered or enslaved follow it as well, since it made the empire a lot easier to run. A few hundred years later though, another tribe in the desert, sick of being pushed around by the Romans, pressed the re-set button once again after someone went into a cave, had a chat with God and came out with a whole new set of rules and guidelines. And they were a lot more rigorous about there being no graven images.

As civilisations fall, their tombs will be plundered and their gods will pass into folklore and legend, eventually to be pressed into service by Marvel studios, there to do battle forever with or against each other in their apparently never-ending quest to find the missing Infinity Stones. Meanwhile, I shall shake my head in wonder at the beauty of a tree, enjoy its fruits and shade; perhaps even climb its branches with my children. In those moments I have no need for a man in the sky. When I fall out of the tree and break my arm, of course he seems a very good idea. •