In Ars Poetica, written around 19 BCE, Horace postulated ‘ut pictura poesis’. This formulation, abbreviated by scholars as u.p.p., has been chewed over in the intervening two millennia. Horace’s dictum translates to ‘as is painting so is poetry’. U.p.p. was a restatement of the claim by Simonides of Ceos that poema pictura loquens, pictura poema silens (poetry is a speaking picture, painting a silent poetry), but with the order of artforms reversed.

How do you write a book? You have an idea, and it grows or strengthens and doesn’t go away. You do your research, or your imagining, and you construct fences around what will be in the book to demarcate against what will not be in the book. And then you write it, and that is when the problem of structure looms, a glass mountain that defies all attempts at climbing.

I struggle with structure, like many writers past and present. I flit and flirt. Will it be Freytag’s Pyramid? Could the Fichtean Curve save my project/life? If I add a parallel plot, could it be done in flashforward, or maybe flashback, or maybe both simultaneously in an additional, even fancier, double-helix co-extension?

In 2021 I published a book, Grimmish. It is an unruly beast. J.M. Coetzee, Nobel laureate and not averse to singular novel structure, called it ‘the strangest book you are likely to read this year’. It is not wilfully strange, but strangeness is what happened when I tried to pitchfork all the material I had assembled into the structure I selected.

Grimmish is about two things: the real-life visit to Australia in 1908–09 of Italian-American boxer/freakshow attraction Joe Grim; and thoughts about pain and endurance. I could have folded it all up into a conventional package, but there were many tangential delights I’d stumbled across and wanted to share, and I wanted the reader to see what I was doing and why and judge proceedings accordingly, and I also wanted the option of disagreeing with myself, and the let’s-pretend-together-now characters-in-a-plot trad fiction model wouldn’t accommodate all that.

As writers, we are also readers. Our writing tablet can never be a tabula rasa because we are influenced by whatever we read, but literature didn’t provide a guiding star for this project. When asked what books influenced Grimmish’s construction I hem and haw and acknowledge that it must owe something to Moby-Dick because you can’t read the greatest novel and remain untouched. I love the way Melville stowed that book’s hold with skeins of the most lyrical writing, but also slabs of cetology, and odd listless abstractions, and jokes so singular they might be called private. A varied and pungent cargo.

Melville gave me some ideas about form, but the inspiration for the superstructure came from visual art. Most notably, I leaned on the gaudily brilliant mid-career paintings of Chilean-Australian painter Juan Davila—which might be characterised, with due apologies to Horace, as his Arse Poetica. All of Davila’s work fascinates, but his startling masterworks of the 1990s were my touchstone. They are profane, multivalent, dangerous, dazzling. Critic Robert Nelson described Davila’s work as

Davila denies himself nothing. He references politics, aesthetics, art history and iconography from different continents and traditions. He pastes newspaper cuttings on the canvas and scars the surface with graffiti. He is a figurative painter of rare skill who surrounds pieces with tattered gingham borders, or undermines them with kitsch frames. He used to hang his paintings in galleries and then work directly on the walls, surrounding these expensive items with rough cartoons, ambiguous smears, abstruse visual jokes.

More than any writer, he showed me how I could handle my material in Grimmish. Rather than the conventional novelistic method—a synthesis of all that the author has imagined and researched and theorised, sieved and distilled—I employed a pastiche of Davila’s approach. Hence my book shoehorns in newspaper stories, cultural arcana, stupid jokes, rural horror, grandiloquent expounding on masculinity, and a fragment from a short story I wrote maybe 20 years ago that seemed to fit. I couldn’t settle on an epigraph, so I included dozens: very serious clowns tumbling from a book-sized clown car; footnotes; changes of register; blooms of staccato prose and sweeps of self-conscious legato, trying to mimic the detonations Davila embeds in areas of otherwise lyrical brushwork.

Once, when Australians could easily travel beyond their locked-down shores, I galloped the full two furlongs alongside Robert Rauschenberg’s The ¼ Mile at the Los Angeles County Museum of Art. It is claimed to be the longest artwork in the world (a stunningly old-fashioned idea of art; in that city you can also stroll the half-mile mural in the Tujunga Flood Control Channel) and was completed over 17 years. It is a collage of sketches, ideas, impressions, call-backs to his previous work, found objects, a creaky soundscape. The execution felt curiously dated, but I liked the idea. Rauschenberg helped shore up the schema I boosted from Davila.

My great-great-great-great-great grandfather, Johann Georgus Winkler, was born at the same time and in the same place as Gotthold Ephraim Lessing. Johann moved to Starkenberg and lived his life as a farm labourer. Gotthold moved onto the international stage as a philosopher, dramatist and critic, and mounted a stout attack on the principle of u.p.p. He protested that poetry should not be written using the same devices and approaches as painting, and advocated for a separation of literature and the visual arts.

There are many artists who have also been writers. Think Yayoi Kusama, Salvador Dalí, Francis Picabia, Andy Warhol, Leonora Carrington, and Australians Davida Allen and Norman Lindsay. Michelangelo, Raphael and da Vinci all wrote poetry, apparently regarding it as another aspect of artmaking. If they had been around for the birth, maturation and seeming decline of the novel, they may have liked Ben Lerner’s argument that it is a ‘fundamentally curatorial form, as a genre that assimilates and arranges and dramatizes encounters with other genres’. In the same essay, Lerner concludes, ‘Instead of grounding the (often competitive) relationship of verbal and visual art in their similarity—Ut pictura poesis—I think the relationship is most fecund when writers concede the actual to artists.’ On this point at least, Lessing would have concurred.

Will Self, in an essay making the case for Joyce’s Ulysses as symphony, argued that ‘there does seem to me to be an inevitable compromise—deterioration even—when an art form, rather than proceeding entirely sui generis, finds its ground in another form’s practice’. (He might have felt sympathy for Flann O’Brien’s art lover who wrote ‘more in Seurat than in Ingres’.) The music–literature bridge is well travelled. Milan Kundera has written about the influence of musical composition on his novels. Anthony Burgess attempted a cross-form incursion in Napoleon Symphony: A novel in four movements. Virginia Woolf famously observed, ‘It’s odd, for I’m not regularly musical but I always think of my books as music before I write them.’ Eight decades later, Haruki Murakami tweeted, ‘I feel that most of what I know about fiction I learned from music.’

My portal was through paintings, but every writer gets by as best they can. There is something vivifying about the idea of obligation-free borrowing, cross-pollination, taking a working holiday to a neighbouring art form. When I couldn’t work out a roadmap for myself, Davila and Rauschenberg stopped to offer directions. Maybe some writers find their frameworks in the work of RZA or Asghar Farhadi or Zaha Hadid or Pearl Primus. We are desperate, and we take clues and cues wherever they are available.

I have explained my debt to Davila, but there is another, pivotal aspect to his work that Grimmish does not encompass. In that richest phase of his artmaking, Davila stalked the treacherous borderlines of offensiveness and public acceptability. Georges Bataille’s Story of the Eye, mutilated genitals, objects in anuses, politicians and the powerful depicted as transexuals, swastikas, seeming apotemnophilia—many people considered him closer to Goatse than Gorky. It brought him attention, as well as notoriety. In Christopher Allen’s waspish observation, ‘Davila had the good fortune to have one of his pictures, Stupid as a Painter, seized for obscenity by the police at the Fourth Biennale of Sydney in 1982, and thus found himself a martyr to the principle of artistic freedom.’

And this is where Australian literature cannot/will not follow. What was the last Australian book that genuinely shocked you? Not Demidenko—that was shocking, but for different reasons. Our literature is only as transgressive as the polite book-buying public will allow. Where is the Australian book that incinerates orthodoxy, tossing a lit match into a box of fireworks and god help your liberal sensitivities? I struggle to think of writing from this continent that affronts and brutalises and upends like Davila’s Arse End of the World, for example, something so provocative that it sits outside the sensibility of the cognoscenti. No publisher would take on a book with the multifarious incorrectnesses and unorthodoxies of Davila’s artworks Schreber’s Semblance or The Medical Examination. Writing marketed as on-the-edge never is. There is no place in this marketplace for the really wild stuff.

I’m thinking of books that newspapers will refuse to review, that libraries will be urged to ban, that will send scholars scurrying for records of censorship in this country. (Philip Nitschke and Fiona Stewart’s subversive The Peaceful Pill Handbook remains forbidden. They appear to be the first Australian authors to have works prohibited in this country since the middle of last century, when banned imports included Christina Stead’s Letty Fox: Her Luck and Norman Lindsay’s Redheap.)

These incendiary books will not be created by writers whose ink wells are their own sense of identity, whose imaginations extend no further than their own experiences—unless the author is from a dramatically different milieu to that known and tolerated by the liberal literati. Perhaps there will be a great Australian novel written by an alt-right incel. Perhaps dangerous and brilliant texts will be developed by militants on the fringes of the survivalist movement, or Pentecostalists, or consultants who specialise in maximising clients’ losses in casinos. Perhaps we will have to turn to bold visual artists who refuse to stay in their own lane.

Does it really matter? Inevitably, yes and no. If you privilege excellence over outrageousness, this is a happy time for local letters, with Alexis Wright and Maria Tumarkin and Michelle de Kretser simultaneously at their apotheosis. But if Australian writing needs a shake—and most writing needs a good shake, in most places and at most times—then I don’t know who our Davila will be.

Not me. I’m just one more writer who will scramble for any structural life raft, most of which turns out to be made of concrete, granite, bricks, lead. I leaned heavily on Davila to find a way to build my book, and I’m grateful that he showed me a way to make it happen. But I don’t have enough courage or willingness to transgress. The true literary heir to his coruscating artistic vision is still to emerge.

Michael Winkler is a writer and reviewer. His most recent book is Grimmish. See <michaelwinkler.com.au>. 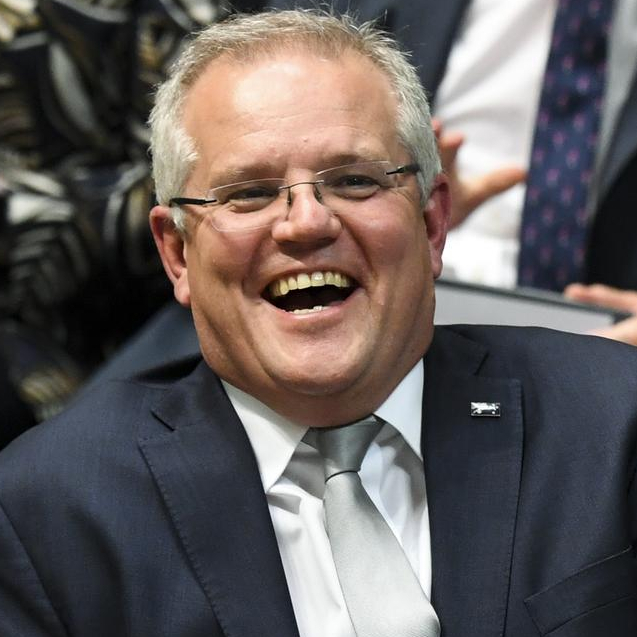 The Whiff of Corruption
Ben Eltham