Well, it’s not so much the political heat that got to us all in the end as the political humidity. Either way, we have now well and truly moved beyond mob rule (or dēmokratía as Plato would Greekily call it) and are now on a burning zip-line to a dictatorship, sparks shooting from our carabiner and Musorgsky’s Night on Bald Mountain blasting from our Heart-Eyes Emoji headphones. Oh, for the glory days of the aristocracy when leaders like Sir Robert Menzies gave us what we wanted whether we liked it or not; or philosopher kings like Paul Keating dazzled us with all them French clocks and Mahler in the evening.

In the political power vacuum that was Scott Morrison’s leadership, the conditions were ripe for a Strong Man to come in and restore order. It was the end of a long meal and the Bill had arrived.

Now, the trouble with dictators like Bill is that ultimately they go mad with power. Robert Mugabe—barking mad after 37 years in office; Donald Trump—clinically insane halfway through announcing he would nominate. As for Bill, I saw the star-shells forming in his eyes the day he thought he was the one who got those two miners out in Beaconsfield. It’s only a matter of time before he declares his horse Consul or Chloe takes over Claire Underwood–style. Days perhaps.

So why are we in this position? Why are we now the spread-eagled victim to a one-party non-preferred system of government? Will we ever again feel the soothing boot of conservatism on our yielding necks? What happened?

Well, up until quite recently if you were a right-wing nut job, every two to four years or so you could happily vote for the Liberal Party—or, if you also played the banjo, the National Party. 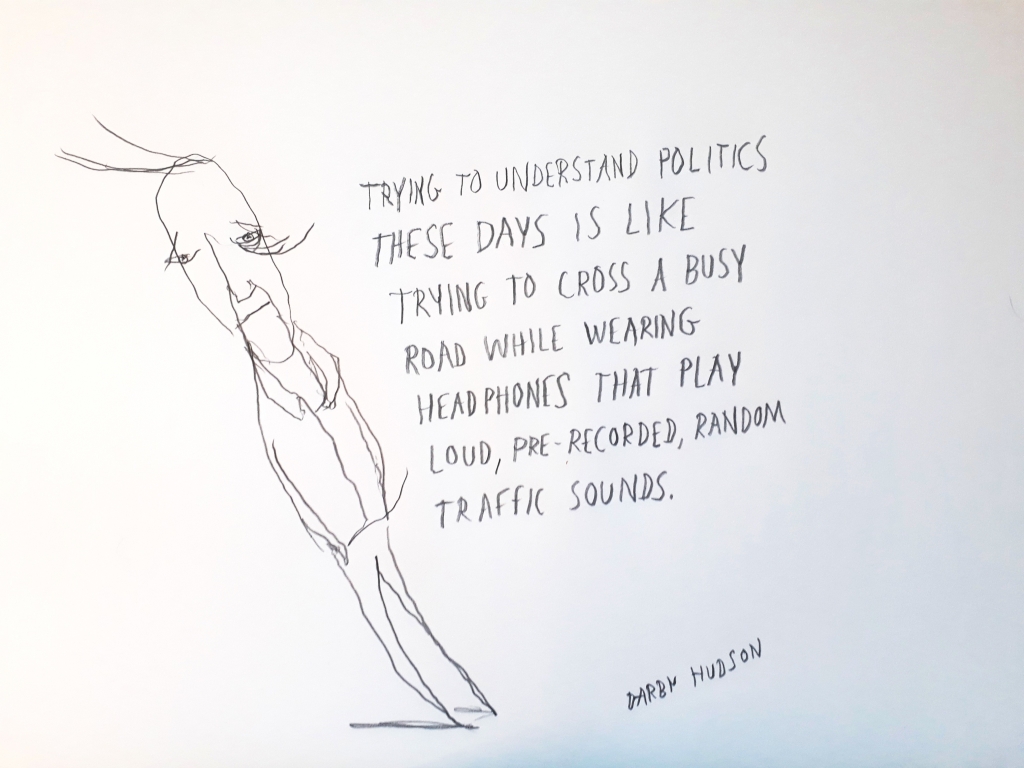 If you were envious of other people’s wealth but too lazy to steal it from them, you could vote Labor—or if you wanted to feel progressive without risking your own wealth, you could hitch your wagon to the Greens.

Then in September 2015 the Liberals threw the cat among the pigeons and tried to appear like they were reasonable. Malcolm Turnbull was the next pellet out of the prime ministerial pez dispenser and his flavoursome appeal annoyed the more lunatic element of the Coalition base, who started turning to the sour tang of your Pauline Hansons to sate their unhinged nostalgia for an Australia that never existed. This, in turn, weakened support for the Liberal Party and—despite Barnaby Joyce’s display of traditional values like adultery and folksy incompetence—the National Party as well.

The rump that remained had two competing buttocks; one cheek wanting to steal votes away from Labor by acknowledging things such as climate change and same-sex equality and the other cheek wanting to be greedy, stupid and xenophobic to win back the tongue-chewing, water-rustling rednecks. And that’s why conservative politics in this country ended up the way it did: as a bottom that didn’t know which way to turn and with some poor arsehole in the middle who couldn’t do anything about it.

A more helpful analogy than bottoms (and frankly one more in keeping with the dignity of Meanjin’s toffee-nosed faux-Marxist readership) was once provided by John Howard, Australia’s greatest and, some say, living prime minister. He once described the Liberal Party as a ‘broad church’. The problem is because the base is shrinking, the church had become much, much skinnier.

Inside the church, this reduction of breadth correlates with a corresponding reduction in the base of the figurative pew that the Liberal parishioners are sitting in, making the pew itself more uncomfortable for everybody. Particularly their bottoms.

Moving the pew to the left makes those on the right feel left out and moving it to the right means there’s no room for the moderates. Changing policy to appeal to the extreme right will mean those on the left will leave the church and start another one and if the policy is more leftist then this will marginalise those on the far right of the pew and they’ll leave. And trying to accommodate both sides is impossible because it leaves no room for the centrists. Plus, being a church it’s all a bit patriarchal, so the ladies aren’t happy either because no one’s offering them a seat.

The only Real Solution (see pamphlet) is to give everybody a separate seat and hope they can work effectively as some sort of coalition. Failing that, they burn down the church and collect the insurance.

That is, of course, unless they can agree on a leader they can all fear and follow regardless of what he/she (inevitably he) tells them. He will need to be a strongman who loathes the left yet knows it like the back of his hand. He must despise political correctness and champion free speech, yet remain Trumpishly thin-skinned enough to overreact whenever a tweet hurts his feelings. Above all, he must be impervious to history, logic and the reality of his situation. In short, he must be Mark Latham.

Now, there are some who might think the prospect of Mark Latham leading New Liberal Party is unlikely, but who better to vanquish an enemy than that enemy’s own unnatural creation, returned to wreak revenge on that which gave it life only to abandon it; a creature whose unquenchable thirst for revenge was forged in the annealing fires of its own demise; a Golem to the Labor Party’s Prague; Tyrell’s Roy Batty; Frankenstein’s monster; Mickey’s broom; that Killer Whale in Sea World that drowned those three people.

Either him or Cory Bernardi. •