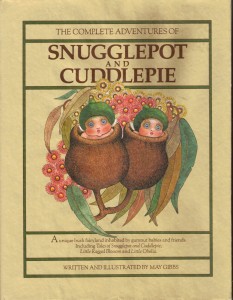 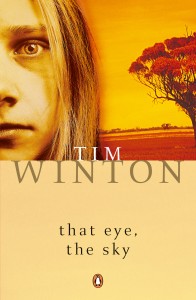 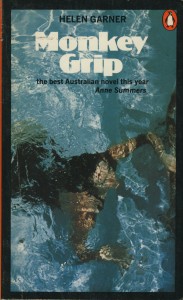 I first read Monkey Grip in my early twenties, when I was a drama student in Melbourne. Even though the book was written in the 1970s, and had been described as a classic reflection of those times, I recognised much of my world in this groundbreaking novel. I lived in numerous share houses in Carlton, then, later, when I was an actor struggling to find work, in St Kilda. I knew the streets Garner described—Gold, Grattan, Faraday, Peel and Lygon. I saw (and performed in) plays at La Mama, drank coffee at Tamani’s, and bathed at the Russian Sea Baths on the St Kilda Esplanade, just as Nora and Javo did all those years before me (Nora and Javo are the main characters in Garner’s story). I had even caught the same train as Nora when I first moved from Sydney to Melbourne—The Spirit of Progress (how I loved those moments of recognition). And I could relate to Nora’s struggle to love—or let go of—Javo, her junkie lover; when I moved to Melbourne my boyfriend came with me. Danny was a drug addict and would go on to use heroin for 15 years.

Garner wrote about an urban life I knew, with passion and truthfulness. But Monkey Grip, for me, was also a book about nature. Garner described in sensual and poetic detail, through the eyes, ears and skin of a woman, living in inner-city Melbourne, heat, dryness, rain, darkness, the seasons, fire, the wind, sunlight. I, too, knew what it was to appreciate and celebrate nature, in the city. Re-reading Monkey Grip recently brought back precious memories; I lived for a number of years in a rambling rented house where the only source of heat came from the open fire; my flat-mates and I were always scavenging the Caulfield streets for wood. That same house didn’t have a bathtub, but my boyfriend and I found one at the tip, and placed it at the bottom of the overgrown garden. We used to fill the bath with the hose, and build a fire underneath. After scattering rose petals and camellias over the steaming water, we would bathe in pairs, a long wooden board across the bottom of the tub so we didn’t scald our bums, and another across the top to hold the wine. I remember the dark branches of the pine trees overhead, as the smoke curled up around us. We were hippies and artists, aware of the beauty available to us in the moment, at the same time as struggling to find our way in life.

I didn’t know I was going to be an author when I first read the book; I believed with my whole heart that I would be an actress. But I loved reading enough to know that Monkey Grip must have heralded a new way of writing; honest, rough-edged and unafraid. Monkey Grip didn’t seem literary in the conventional sense, yet it was extraordinary and, in its time, radical. It read effortlessly, as if the author wasn’t trying, only telling it exactly as she saw it and felt it and suffered it. Helen Garner was another Australian voice that showed me what was possible; I could trust the world I knew to provide me with everything that I needed to write stories.
At six in the morning, as the early autumn progressed, the sky was scarcely lighter than its night-time colour. I could hear the city start to shift, and roar deeper, and the surface sounds of its life begin: doors banged, a radio gabbled, cars started up, a rooster somewhere crowed.

It was the title that first drew me to Tim Winton’s wonderful book That Eye, the Sky. Sometimes, like folk music, the simplest poetry can move me the most, and speak to me with the greatest resonance. I didn’t know it at the time, but in the voice of Ort Flack—the protagonist of Winton’s story—lay the seeds of my own way of writing. Ort was a young vulnerable character who could see the poetry in ordinary life. Ort was a visionary who sought an answer to life’s mysteries—is there a God? What is it? What does life mean? I can see now why I responded to the book so passionately; I address the same questions in my own work now, also through the eyes of children.
‘All I do now is muck around on me own, walking in the forest, playing armies, finding little creatures in the bush, talking to myself and sometimes to God. Funny, when you talk to God. He’s like the sky (well he is the sky, kind of),’ Ort says to himself.
Although he was young, Ort Flack recognised the fine line between the madness of conviction, and faith. That Eye, the Sky was an Australian book that tackled challenging themes, in the Australian vernacular, set in a uniquely Australian landscape. I could see the spiky Xanthorrhea (Ort calls them ‘blackboys’) and the looming red gums in the bush at the bottom of the Flack property. I heard kookaburras alongside Ort, swam in the creek under the bridge with him, looked out at the sunset from his verandah, and felt the flies that ‘sucked my toe-scabs’.
This was a book whose protagonist was a boy I could love and care for, a young person suffering the loss of a parent and the awkward struggle of puberty. Not an educated or middle-class boy, but a boy who could see glimpses of a world beyond this one—a world that communicated with him in a language of mystical visions. Ort saw mist in the house, light coming through the cracks, jars of eyes on the kitchen shelves. Was it God or was it madness? I could feel Ort’s isolation and his longing; I connected with him. Winton’s writing was vivid and visceral. He understood rhythm, as if the words were a form of composition—that’s how I try to write too—to make music
with language.
‘I know you won’t believe me, but I had a vision.’
‘What’s that,’ I ask?
‘It’s something you see that nobody else sees. It’s real, it’s there, but only you see it.’
‘Like the light?’ I ask.
‘What light?’ Mum says.
‘The one up the roof. It’s a cloud kind of thing. Look, it lights up the yard. You can see rabbits eyes in it all round the fence.’
Ort Flack was funny too. He wasn’t scared of the truth, the way so many adults can be. Tim Winton gave me a hint of the playfulness and pleasure and truth that might be possible in my own work. He was Australian and so was I. That Eye, the Sky showed me how powerful an author could be, writing straight from the heart of his Australian-ness, with celebration and energy.

The Complete Adventures of Snugglepot and Cuddlepie (1940), by May Gibbs

My copy of The Complete Adventures of Snugglepot and Cuddlepie was a blue-bound shiny hardback my mother bought for me, and as a child I carried it with me everywhere. As an object the book itself was magical, as if the characters really lived inside it. I would lie on my bed, running my fingertips over the Gumnut Babies on the cover, pondering the terrors from which they ran. I was afraid of the Banksia Men too; I recognised them in the trees around the oval that I passed on my way to school.
In May Gibbs’ publication I saw the secret fairy life in a natural landscape that was familiar to me. This had never happened before. Fairies had always been English—they wore ballet skirts and lived in roses, and I wasn’t interested in them. But when I looked at May Gibbs’ illustrations I recognised those gum trees—Silver Princess—and the macrocarpa with its pink blossoms. I had seen the same lizards sunning themselves on our front steps, I knew the trails in the bark on the trees and the cocoons that case moths left behind and that Snugglepot and Cuddlepie used as beds. It was thrilling.
But May Gibbs acknowledged the darkness too, and fear. The screeching koalas, Mrs Snake, human beings, the Banksia Men … I felt deep love for the brothers Snugglepot and Cuddlepie—I was awed by the babies; they were perfect and vulnerable and bold at the very same time as being scared of everything they couldn’t control. I was scared too. My home environment was unpredictable. Relationships couldn’t be trusted. Every night I set up an army of bears around me to protect from the fingers that fringed the blankets. I lay stiffly until sleep came—my book collection on the floor beside the bed.
At school Caroline Sumner and I scraped the bark from a giant blue gum in the park into a tin box, believing the powdery bark gave us the power to talk to animals, the same way the Gumnuts could speak with their friend Mr Lizard. If the Banksia Men tried to make me deadibones in the night, I could call to the possums to rescue me. If I needed company I could sing out to Mrs Fantail and Mr Frog. Snugglepot and Cuddlepie showed me the fairy life in the Australian bush if only I looked long enough, kept still, listened. In my own work today, nature is a source of comfort for my characters. Trees are friends, branches speak, birds guide and protect, and insects warn of danger. May Gibbs was a pioneering Australian artist who contributed to my own creative journey. I am grateful.