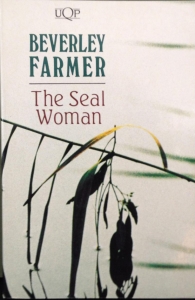 I’ve been thinking about Beverley Farmer’s beautiful, aching book The Seal Woman again recently because I spent some time last year on the surf coast of Victoria, alone in a house on a hill above a beach, red-rocked and windy and wild—the same kind of landscape that Dagmar, the book’s protagonist, inhabits. Dagmar is Danish, but has returned to Australia, to the coastal town where she spent her honeymoon 20 years ago, to mourn her husband, who was killed recently in a shipping accident in the North Sea. Dagmar is housesitting for the friends they both met there, staying in the house alone, adjusting to life alone, walking on the beach and cooking simple meals and reading, and grieving, all the time grieving.

I’ve been thinking about this book again because the first time I read it I was, as Dagmar eventually becomes in this place, involved with (even that may be too strong a phrase) a man who didn’t much like me in return, who made obvious his indifference, but whom I continued to pursue out of some kind of formless need and abnegation, some fear of my own hollowness, some desire to look away; this too I did again last year, with the memory of Dagmar’s hurt in the back of my brain.

What I love about the Australia of this book is that it’s outward-looking, international—connected to Denmark, through Dagmar, and to greater Europe through her interest in fairytales and myths; to Antarctica (her husband worked on ice-breakers, and she’s always aware that the beach faces the Antarctic Sea), but it’s also utterly specific—Farmer’s descriptions of the beach, its wrack and sealife are lyrical and beautiful, sensual: these are the small details that anchor and engross Dagmar as she tries to deal with the enormity of her experience. (When I stayed on this coast and walked along the beach each morning and afternoon, I filled my pockets with shells: great turquoise snail-like shells, iridescent in their centres, pointed pink cones, tiny white shells the size of a fingernail, round and whorled and smooth; this impulse one I’ve never had before). It’s an Australia seen through an outsider’s eyes, and layered over with other histories, other mythologies, other landscapes and lives.

The Seal Woman isn’t the best known of Farmer’s works, but it’s one of her wilder books, and it picks up on many of the interests and images that recur across her work—the liminal spaces of beaches and the fluidity and changeability of water, solitude and loneliness, the figure of the selkie, that creature part-seal, part-woman, from which the novel takes its name. Dagmar, though, is not so much held captive on land, as most selkies are, but held in thrall to the idea of the sea, the husband she lost to it and the annihilation it could always offer her, in turn. 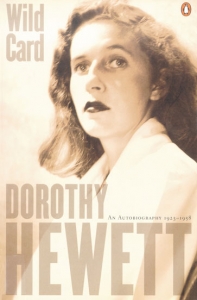 I first read Dorothy Hewett’s Wild Card after seeing a student production of The Chapel Perilous staged in a cavernous building in Callan Park, at that time an art school but still signposted in places with the medical symbols and shorthand that remembered its former purpose as a psychiatric hospital. There’s a mad energy to the play that I loved, not least for its frequent eruptions into song; its heroine, Sally Banner, whose life mirrors Hewett’s own, describes herself, early on, as ‘a rebel in word and deed’. I can’t have been much older than 18, and the impossible romance, the uncentred fury and frustration in that phrase, was something I was aching with and for, although I never could have said so at the time.

Wild Card is Hewett’s autobiography, although so many more of her works are autobiographical to varying degrees—it’s fascinating to me how she works and reworks, plumbs and replumbs the material of her (quite extraordinary) life; and when I started thinking about how I might write about my own experiences, her ability to approach the same sets of circumstances from different trajectories, to almost circle around them, was a revelation to me. The book begins with a childhood in the Western Australian wheatbelt and a line that I’ve returned to, again and again: ‘The first home sits in the hollow of the heart’: this kind of poetry so often present in its prose.

Wild Card’s Australia too is outward-looking—largely because of Hewett’s interest in an international, world-uniting kind of socialism—but it’s also a place of class division, of unromantic and exhausting poverty in the parts of Sydney (Rosebery, Rockdale, Woollahra) that were once slums but are now completely unrecognisable and fancy. It’s also an unspeakably conservative place, disapproving of and hostile to the kind of wildness that animates so much of Hewett’s life: Hewett was an iconoclast, and a woman both ahead of her time (the book talks frankly about sex, about madness, about her divorce when such things were entirely unthinkable, let alone unspeakable) and also very much of her time (her career in the Communist Party of Australia is discussed in detail), but she was always driven by passion and poetry, always pushing against the social world to carve out a life for herself, answerable only to herself.

She sees the roiling, raucous life that sits just beneath the surface of respectability, and claims it for her own. Her cities and her suburbs in particular are teeming places, full of love and honour and struggles for self, of people battening down and battling through, despite the larger forces that would press them down. Her Australia is a hard place but always and ultimately a hopeful one. 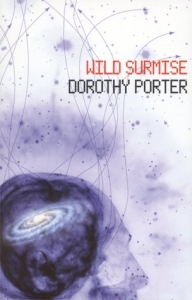 I’ve loved Dorothy Porter since I first encountered her work an almost untouched copy of The Monkey’s Mask in my high school library. I fell in love with her ballsy detective-protagonist, Jill, who seemed so like the angst-driven vision of myself that I aspired to at the time, tough and brash but brittle beneath her forthrightness; with her charting of parts of Sydney’s west that I knew so well; and with the madness of the enterprise—crime fiction, but in poems!—as a whole. I didn’t yet know that poetry could do this, could be grounded in a world I knew, could be, as Porter writes, ‘as sticky as sex’.

Wild Surmise is far less famous than The Monkey’s Mask, and it’s also quieter, gentler and even somehow stranger, but it’s all the more fascinating for these attributes. The book is, ostensibly, about a marriage, and largely set in the house and garden of its two protagonists, Daniel, who teaches Romantic poetry at a nearby university, and Alex, who is an astrobiologist—a branch of biology that fascinated Porter, who considered it as optimistic and imaginative as poetry. It is concerned, after all, with the study of extraterrestrial organisms, none of which have been discovered. What this means, though, is that both characters inhabit entirely different worlds—Alex sits in her study, surrounded by images of Jupiter’s distant moons or Antarctic glaciers, while Daniel lives largely in books.

But this is the energising force of the book—Porter’s poems swoop in and out of each character’s imaginative world, and bring into their ordinary environment truly extraordinary images and metaphors—be they krakens, giant tube worms and supernovae or Dante’s circles of hell. Alex and Daniel’s marriage, though, is threatened not so much by their vastly disparate imaginations as by the circumstances each of them faces. Alex has just rekindled an affair with an American colleague, Phoebe, and Daniel has received a diagnosis of terminal cancer.

What I love about the Australia of Wild Surmise is that it is at once entirely familiar, entirely unremarkable, but also, inevitably, wild. Alex and Daniel’s suburban home is a mundane space, although a beautiful one—many of Daniel’s poems are set in the garden full of spider grevilleas and honeyeaters, an apricot tree—but it is also entangled in other places (deep space, Lesbos, the ocean floor), other times (Romantic England, ancient Rome) and other worlds. This Australia is not so much international as intergalactic, and it is a place almost electric with extreme emotions and extreme imagination, even in its suburban lounge rooms and kitchens. So too is it a place where science and literature are a part of the fabric of life—without any anxiety or questioning of their usefulness or purpose—where the things we dream up and discover are every bit as present as those of the physical world. •