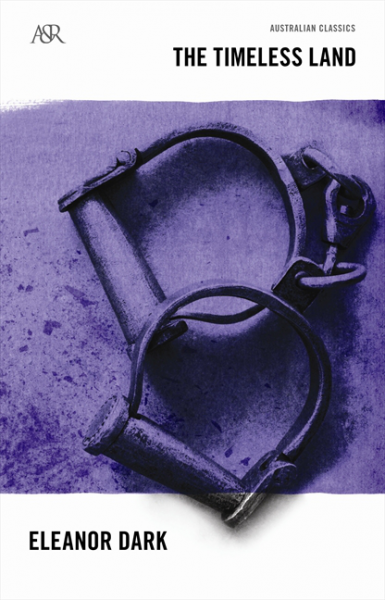 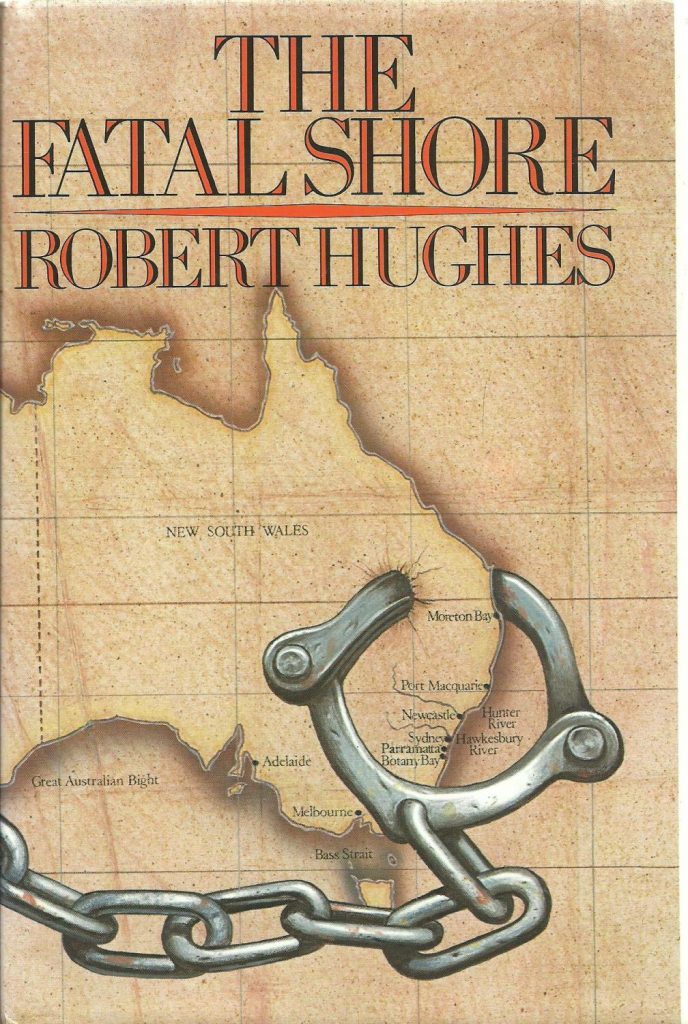 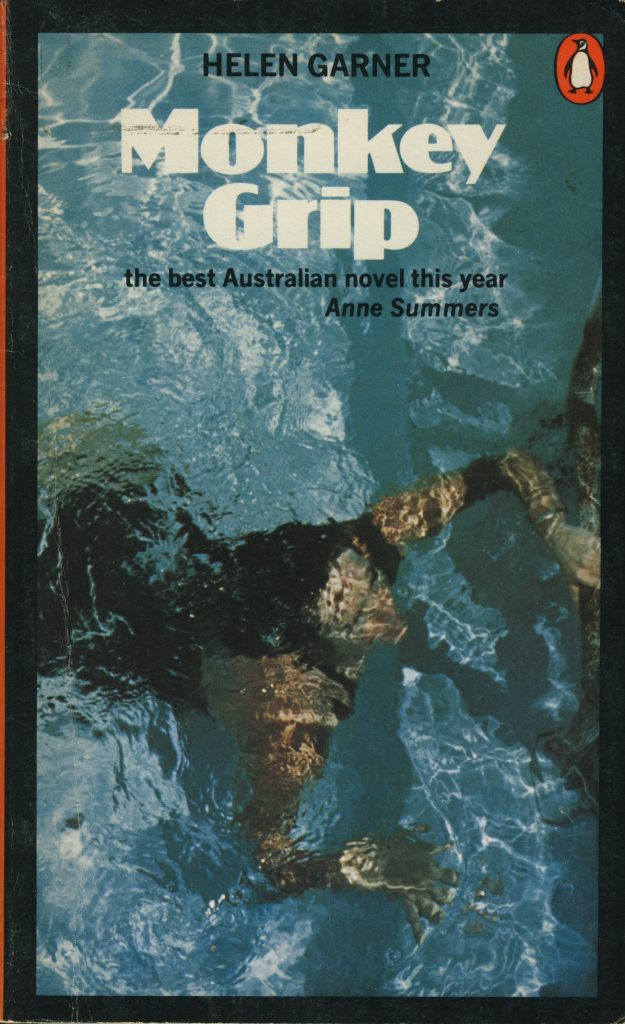 I’ve chosen authors born in the twentieth century, whose work was published over a span of not quite half a century, from 1941 to the year of the bicentenary, 1988. I know: I’ve chosen three books published over some 47 years when there’s almost another 230 colonial and post-colonial years and, of course, 60,000 more with rich stories of continental habitation to choose from.

I can justify that: these books reach back through the dreamtime, cover the cataclysmic clash of civilisations that began with Captain Cook’s landing at Botany in 1770, the evolution of another society from convict stock and the revolution that was post–Second World War, baby boomer social modernity during the 1970s.

Two of the authors, Eleanor Dark and Robert Hughes, are no longer. The third, Helen Garner, seems in splendid creative, physical and intellectual fettle. The books are Dark’s The Timeless Land, Hughes’ The Fatal Shore and Garner’s angsty, infuriating, beautiful fictional evocation of a 1970s inner-Melbourne of smack, not-so-carefree love and co-dependence, Monkey Grip, which has kept me awake these past few nights during yet another reading.

The Timeless Land (1941)
I’ll start with Dark, born in 1901, the year of federation, whose early literature about a ‘true Australia’ still had a limpet’s clamp on whiteness, maleness and the bush. Never mind that by 1908 only four in ten Australians lived in rural areas, the often idealised stories about the colonial bush still had a tight hold on suburban sensibility.

In late colonial years Marcus Clarke had dealt with a convict experience, but by the time of Dark’s birth the colonial ‘settlement’ story was, thanks in part to the Bulletin, a predominant trope, largely courtesy of the bush ballads and poetry of A.B. ‘Banjo’ Paterson and Henry Lawson. The men portrayed in their verse and stories were mostly tough, egalitarian and resourceful. Little attention was paid to how the land they worked had been stolen. The black fellas, meanwhile, were largely portrayed as comic layabouts; see, for example, lazy King Billy from Paterson’s `Johnson’s Antidote’ and Jacky Jack from his ‘Saltbush Bill JP’. They seem an indolent, tragi-comic lot, dwelling in the dust and refuse on the edge of the towns, devoid of tradition and culture, half touched and God-fearing—as far removed from their antecedents as, today, we are or ever really were from Clancy of the Overflow.

Women had little place on Paterson’s frontier. Although Lawson gave it a go with ‘The Drover’s Wife’ (1892), an earthy portrayal of the hardships of bush life for a woman that still reverts to the romantic and ultimately draws the protagonist as a heroine. It’s hard to go past Barbara Baynton’s short story ‘Squeaker’s Mate’ for disturbing, realist grit about the disquiet, isolation, violence and fear experienced by the bush wife. It, too, was published in the Bulletin.

Dark, however, wrote of earlier times. In 1941 she reached back through some 60,000 years of the dreaming with The Timeless Land, the first in a trilogy constructed on the narrative frame of continental civilisation, invasion, transportation, occupation, dispossession and settlement. Dark danced the line between fiction and history; so much of her history (all those hours in the stacks at the Mitchell Library!) was so historically close to exemplary that it was lauded by some academic historians, not least Manning Clark. But it was her determination to give character not caricature, and life rather than just white impressions of black existence, to her Indigenous characters, that renders this book an Australian masterpiece.

Despite the occasional shortcomings of The Timeless Land (not least the moral complexity relating to the local Indigenes she apportions Phillip), Dark presents women—white, black, free settler, convict—as primary actors. She blazed a trail with this novel, originally titled ‘Black Man’s Burden’, beginning with Bennelong on the cliffs awaiting the return of the Europeans (their first coming in 1770 celebrated in a corroboree sung by his father) in their tall ships with the great white wings. She presciently introduced a vast Australian and international audience to some malignant truths about colonisation, about land theft, the depth of Indigenous culture, belief systems and Indigenous rights that resonated well into the twenty-first century.

Timeless, but also ahead of time; too few historians followed immediately in her footsteps. Bear in mind Dark’s The Timeless Land was published 27 years before William Stanner, in his 1968 Boyer Lectures, issued his call—‘The great Australian silence’—to historians to write about the terrible Indigenous frontier experience.

The Fatal Shore (1986)
I read The Fatal Shore in 1988, just as my first child’s special ‘bicentenary birth certificate’ arrived in the mail. I read it, engrossed, while the great party played out on TV around the re-enacted arrival of the tall ships and the ruckus of the black fellas protesting the commemoration of invasion.

The party on the TV seemed totally dissociated from the miserable convict history of white Australia’s foundation (let alone the calamity for Indigenous nations) that Hughes had artfully assembled in The Fatal Shore. As a fine-art student I’d been bewitched by so much of Hughes’ criticism—by his daring conclusions, his confidence and his rock star elan. Mostly, though, it was his duality of intellectual force and writerly elegance as an art critic that hooked me.

This ambitious early Australian history had me straight away. It was a history that had lost me at school, where it was presented as a colourless list of facts and statistics, dry and devoid of personality and drama. It lost me at school, too, for all of the reasons I’d been unable to nominate but which Stanner had named long before more authors, journalists and historians began challenging Australia’s multi-generational historical contortion.

The real story of Australia’s European occupation bites. Reality has a tendency to do that, in nonfiction or the novel.

Monkey Grip (1977)
A neighbour in another student house in inner-city Melbourne introduced me to Garner’s Monkey Grip in 1983. She moved before I could return it. So I still have the copy she lent me—dog-eared, annotated and re-read perhaps half a dozen times—all these years later.

We thought we were edgy on the drugs and sex front. But Monkey Grip was set eight years earlier, pre-AIDS, when the city was awash with smack and Australia was at the tail end of Whitlam’s social revolution. We were amateurs compared with Nora, Javo and their clique. No-one had the emotional Teflon to eschew monogamy the way their lot did, despite all the pain they endured for the ideal.

Still, we’d take to our bikes and visit the streets that hosted the string of share houses, and many of the other familiar places—Fitzroy baths, Jimmy Watson’s, Twins—critical to Garner’s looping narrative: smacked-out/clean; in-love/out-, helplessly attracted/repulsed. As Nora ponders: ‘Smack habit, love habit—what’s the difference? They can both kill you.’

Garner wrote about lives that had unfolded in similar houses in our streets, that might’ve been—probably were—lived by older siblings, and in the places where we hung out.

For my 19-year-old self in 1983 Monkey Grip held an intrigue and appeal for what was already a largely forgone, enviably exotic, lifestyle of close to communal, inner-city living, sex without attachment and nihilistic drug use. Today, after yet another reading, it stands as a novel assuredly of a time when second-wave feminism was driving new liberations—sexual, emotional, professional, domestic—for some women and forcing change, if not genuine enlightenment, upon the men who wanted to be with them.

With every reading, I wonder what happened to its characters. Did Javo ever get clean and make it as an actor? Did Nora eventually settle for a more reliable bloke, a couple more kids and a bungalow in Malvern? She’d probably be a grandma, like Garner, now … When I think of them alive today I picture Noni Hazelhurst and Colin Friels as they are today. They played Nora and Javo in the 1982 movie of the book.

The realism of Monkey Grip, Garner’s first book and published in 1977, grew out of her own diarised experiences of inner-city life as a young woman. You’d know her streets if you’d ever lived in inner Melbourne—Gold Street, Grattan Street, Lygon Street, Peel Street—but not if you were reading in New York, London, even Sydney or Brisbane. For this, the book can afford to be unapologetic. Those intimate with its landscape, with its remarkable sense of place, will be captivated. Those who aren’t can be gripped by its taut emotional universality and by its seductive whirlpool of plot.

Thirty or so years ago I read it in a sitting. Today I find it more challenging. Occasionally I just have to put it down. I want these people to stop ‘fucking with’ each other, not to score, to put the kids to bed early, to stay home and have a cup of tea instead. And that’s when I’m reminded that Monkey Grip is, not least, also just a great book about being young.

It gave inner-city Melbourne to the world. But mostly to Australia and, especially, to Melbourne itself.

And if Monkey Grip were all Garner had given us it would be enough, so confident is it in its place, time and voice. But thankfully it launched Garner, ever-divisive, ever-polemic in her journalism and fiction, on a trajectory that has given us so many fine (often hotly contentious) books of non-fiction and fiction about what it means to be human.