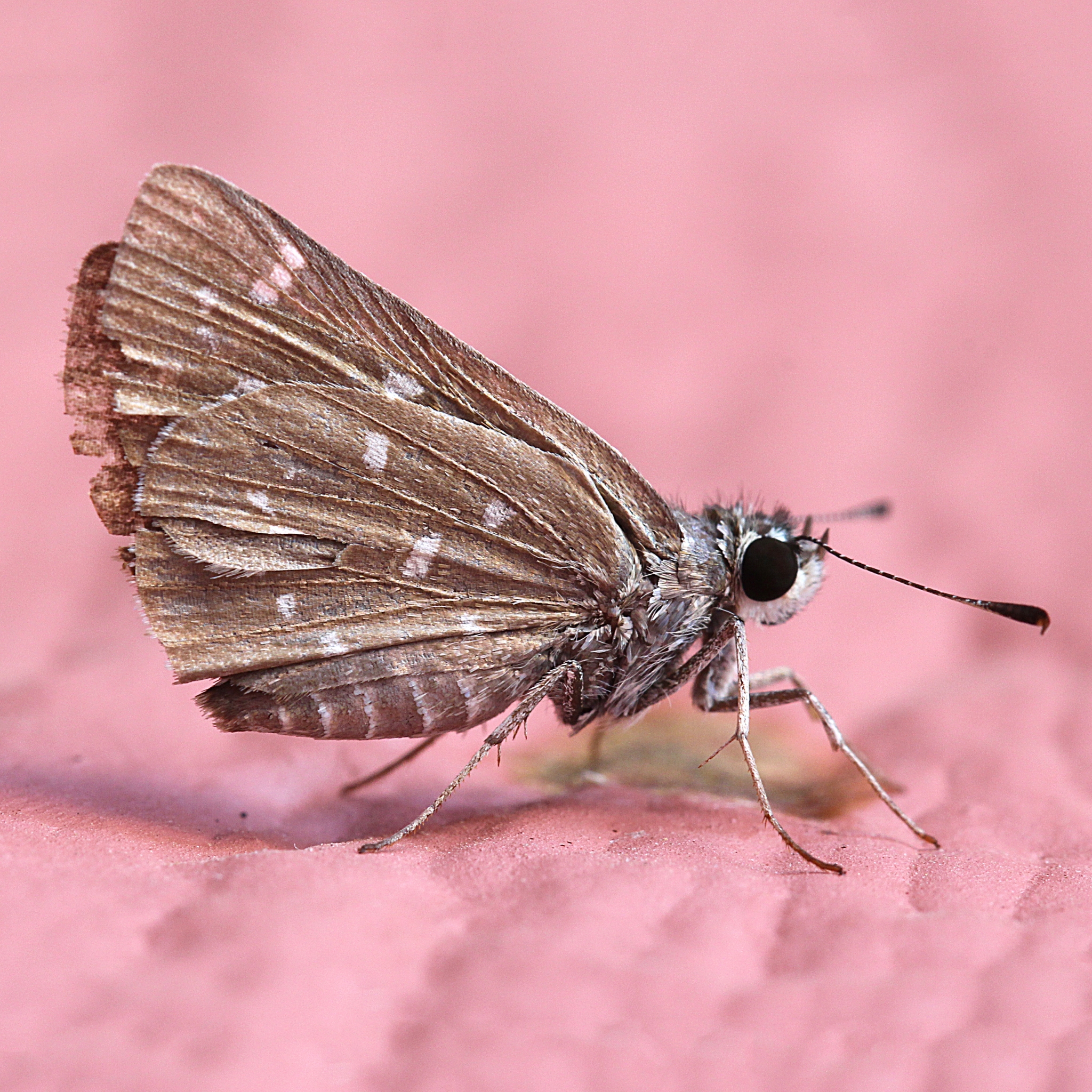 You’re on your back in a Tintin t-shirt, a half-removed tomato sauce stain ground into the grey cotton. You’re reading poetry aloud to yourself, because this usually works when you’re tired and your brain is going too fast.

Harry and his lover are in the other bedroom, together. You can’t ever say that word out loud: lover. You hate lover like you hate partner and panties and daddy and cock. Lover is being at a wine tasting and not liking wine. Lover is sour like fire, unripe pears, passionfruit notes and wine clear as water. It feels rank on your tongue, forces a valley in the middle. The other people at the wine tasting talk in knowing voices while you try to choke down the glass. You didn’t know you could spit.

You’re outside the room, with the moths. You’re just about melting off the bed with boredom. You’ve been wallowing like a teenager in an eighties movie, a montage of increasingly abstract sha­­­pes. Now you’re hanging off the side like a Dali clock. You think about what base they’re probably up to. Harry says he isn’t like other gay men, so maybe just handjobs. Usually with nothing to do you’d just masturbate, but that feels too much like joining in. Usually you’d be watching Netflix with Harry right now, fighting over whether to Uber Eats quesadillas. You think about Harry’s lover, very tan in his white shorts, ass like an Italian summer. You put a note in your phone for later: ASK HARRY IF HE’S TANNED ALL OVER.

Then, upside down, you notice violet light pouring in from under the door. It’s getting brighter and larger, like when the washing machine pipe overflowed the bath and you didn’t realise until the damp patch on the carpet started to overtake the rug, edging closer and closer to your mattress on the floor. You flip back the right way to pull on the door handle and the light vomits in, fog dense like a smoke machine, bright as an emergency flare. It reminds you of an X-Files alien abduction sequence. Your hand in front of your face moves in slow motion. You enter the violet fog and it is dry, pulls all the blood in your body up to the surface of your skin. There is no apartment anymore, only your room and the blinding fog beyond. Harry and his lover are fog now, down the non-existent hallway. You are still solid.

You’re on your back in a dirty Tintin t-shirt, staring at the moths on the ceiling. They circle the light erratically, bumping into things and raining moth dust on you. They seem to be mothing their way in through the built-in vents in the concrete next to the window. This apartment is old; your breath collects on the walls, glossy and pulsating and red, like something alive.

Harry makes you kill all the bugs in the house, some kind of queer role reversal. He won’t clean up after himself, like a man, but you still have to do all the butch stuff, like fixing the heater and navigating. He cooks occasionally.

You imagine inviting his lover over to dinner. You have to hunt down some kind of round table so that there’s room enough for three without any kind of hierarchy. They are getting drunk, together, because you don’t like the wine. They continue conversations they have had in bed about Game of Thrones and Strictly Ballroom. You have seen neither. You imagine all the things Harry is not telling you. You are all in the same house but they disappear into the bedroom together, closing the door behind them. You have to concentrate on the moths to slow your brain down again.

There’s a moth much larger than the others, as big as your palm, but still dull and brown in colour. It looks like someone’s pet. It carries a small family of borrowers on its back. It comes down to hover over the top of your IVAR shelving unit. The borrowers fly the moth onto the unvarnished pine and remove its saddle and bridle, waving a thank-you to it as it hurtles mindlessly back towards the light. It gets a good couple of laps in before you manage to clip a wing with the edge of a tea towel. The tiny people start screaming.

It begins to death roll, leaving smudges on the sweaty walls as it pings. It finally makes an escape through the sliver of light around your doorframe. You follow it down the hallway and see it crawl behind the bus-stop poster in the living room of Natalie Portman in Jackie. You leave the moth there like you leave all that crawl behind Natalie. The plastic shivers and ripples.

You turn all the lights off at the switch outside Harry’s room. There’s nothing coming from inside: no light, no noise, no smell, taste, touch. They’re probably sleeping, clutched together like messy children. You know what Harry looks like when he’s asleep. You have to feel your way back to your room in the dark. Your phone automatically connects to the speaker on the dresser, so you blast As Time Goes By, Harry’s wedding or funeral song, you can never remember which.

You’re in a grey cotton Tintin shirt: three iterations of him and his dog Snowy run across your chest. Everything in the room has gone phallic. The tiny bottles of perfume on the dresser, woollen scarves, the book spines standing upright on your IVAR shelving unit, the unvarnished pine itself. Dante’s Inferno is especially thick, striped in black and gold. It is good that you are still lying down. The shadows on the ceiling grow and shrink as cars drive past, in the LED lights and the cold.

You’re feeling a bit underrepresented, so through the slits in the blinds come vines, thick and fast, which flower out into Georgia O’Keefe paintings. They overtake the bed, grow into the skirting boards and under the mouldy carpet. Poison ivy erupts out of the rug and lashes across the bed. Your sheets burn and smoke like acid as they dissolve. It is suddenly sweltering and wet. The sprinklers go off, and the plants crowd closer and bigger to lap up the water. It is at the point where they’re almost lifting you off the bed as they grow in this dense greenhouse. They prop you up into a chaise longue recline. You don’t know where your clothes have gone.

Through the glass walls there are twin lions with eyes like LEDs. You give them names: Me and Him. Me is larger, protective, with wide shoulders from her father. She is licking the head of Him, saliva making the fur there stick straight up. He looks as annoyed as a lion can, and rumbles in his chest until she stops. He moves away from Me, close enough to see but not to touch.

Harry doesn’t like when you touch him too much. Sometimes he yells at you about it. You grew up with actors, touchy-feely all the time, and sometimes now you just need someone to lie on top of you, platonically. Just the outsides of your two skins touching.

The plants are looking for blood now. You offer up an arm and they attach like leeches, but the sucking makes you feel warm all over, and wanted. Your body slowly fills with something thick and sweet. The oil painting of your auntie as a young woman smirks down at you from behind a vulva-ed lampshade. The gold frame around her is slowly, slowly dripping.

The Tintins on your shirt are hacking their way through thick vines. The Snowys are in various stages of plant bondage; a leg here, a neck there. You’re hanging upside-down off the side of the bed, sheets scrunched up around you like a shroud. Harry and his lover are banging around in the kitchen across the hallway. It feels like a death, almost. Just a little one.

Harry pours himself sparkling water, seething out of the bottle, but the lover says he prefers flat. The clink of ice against glass. You want to go out and say something to make Harry feel bad about leaving you alone all night, but either of them could be shirtless. You think about Harry and his lover being naked together. They have touched skins. This is something you are outside of.

The kitchen door shuts; the bedroom door shuts. You slide off the bed with the sound, scrunch wrong way up onto the rug. It is silent again, except for the cars outside. You will have to get used to this. You think about becoming invisible, or without body, so that you could melt through the wall to the bedroom on the other side. Hopefully they’re both wearing shirts. Adele starts to play softly over the speaker. The lions out the window look on in sympathy, their eyes leaking soft blue light through the blinds. Him is still standing separate from Me, just out of reach.

This is the time where you have to admit that you would like to find out if someone is tanned all over. Or pale. Or freckled. Or if the carpet matches the drapes. The moths seem to agree, dividing into pairs above you, very diplomatically. You put a note in your phone for later: HOW DO MOTHS HAVE SEX? You get up to brush your teeth in case you fall asleep. They’re feeling a little furry.

The night goes on for kilometres. Poetry only gets you so far. The apartment stays motionless. The cars keep driving past, throwing shadows against the ceiling.

Sophie Tegan Gardiner writes about the intersection between body, alienation and absurdity. She is a New Zealand writer who moved to Melbourne in 2015, and is currently studying creative writing at RMIT University.