Tim Harbour’s installment in the ‘What I’m Reading’ series. 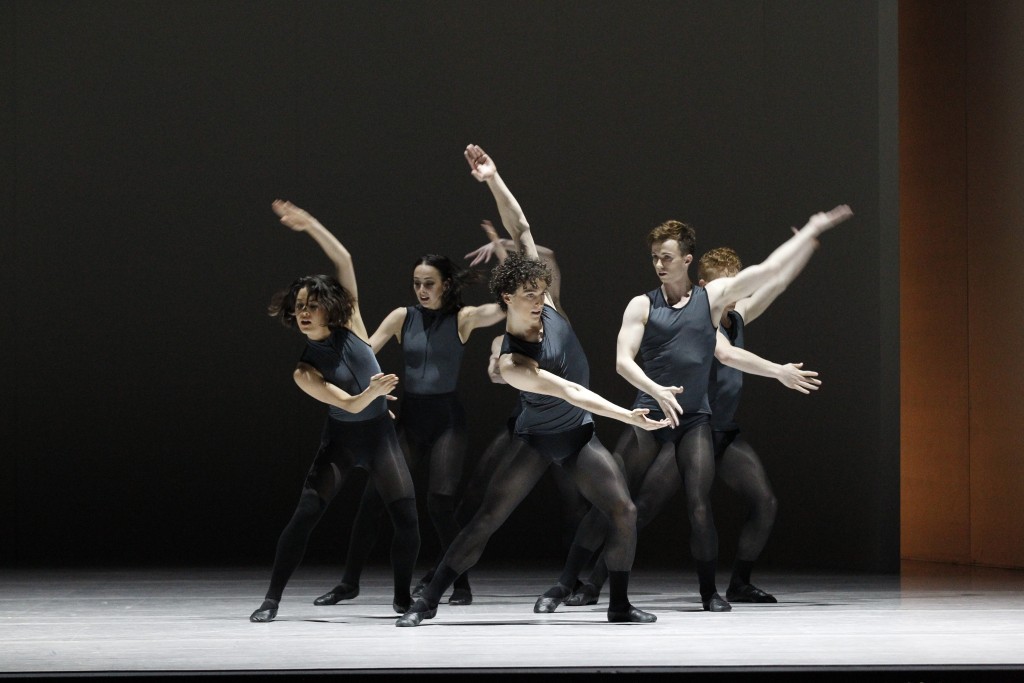 Artists of The Australian Ballet in 20:21 – Filigree and Shadow. Photo by Jeff Busby

This year I read Movement and Metaphor by Lincoln Kirstein. Reading this book actually made me well-up at the thought that someone from the intellectual A-league had gone to bat for our art form.

Dance and particularly ballet has been the largest narrative in my life. I began training at five and was a career dancer from 19 until stopping at 32. It seems a curious thing that when I retired I knew so little about ballet’s history after so many dedicated years. In fact, I had the impression that compared with other art forms western theatrical dancing had a meagre lineage and that due to the ephemerality of its delivery, one that was minimally documented.

At the start I didn’t witness dance. It wasn’t Michael Jackson video clips or performances by the Bolshoi that inspired me to dance. It was movement itself. Anything dance loses through its ephemeral nature, it makes up for in immediate intensity and I felt this from the beginning. My childhood investigation of dance was a self-centred one and if anything this sensual inwardness became more so as I grew closer to grasping the jackpot of actually being paid to do it for a living.

During my career I came into contact with many important strands of the ballet legacy. I danced roles originated by legendary dancers in seminal works by the pioneers of ballet choreography. I travelled the world. I performed in or saw performances at the grand, florid theatres of Europe and the superstar stages in the U.S. Yet still, for the most part, I operated from a point of view that sat deep inside me—there was no big picture, just my up-coming moment on the stage.

What eventually changed this was my developing interest in choreography. Toward the end of my career choreography overtook the dancer as the hero. This was when I began to look around and for the first time and have the inclination to ask: Why do we do it like this? And where have these constructs come from?

This is when I started reading about dance history. Books about Australia’s ballet were interesting, as was the comprehensive and mostly dispassionate Apollo’s Angels by Jennifer Homans. But it was Movement and Metaphor that truly shifted me.

Author Lincoln Kirstein was a co-founder of the New York City Ballet and was instrumental in bringing George Balanchine to America in 1934. Balanchine’s enormous effect on classical ballet may arguably never have happened without him. Kirstein had a vision for ballet’s future back then and Movement and Metaphor published in 1971, shows how his far-reaching appreciation of its past had informed that vision.

Structured in two parts, the first is a series of essays on the elements that bring the spectacle of ballet to life: choreography, gesture and mime, music, costume and décor. The second part of the book is more substantial and for me, holds the most interest. It analyses 50 productions from ballet’s 400-year history. Each ballet is chosen for its role in either marking the trajectory of tradition or diverging from it and so changing the course of ballet’s history.

These productions are discussed from five aspects:

Priority—for example how the choreography or the process used to generate it mirrored or railed against the times.
Precedent—what previous art had led to its existence.
Politics—such as why a patron’s choice of collaborators for a ballet might influence current diplomatic imperatives.
Plot or Pretext—a description of known details of what happened on stage in sequence.
Production—sets out the locale and proportions of the production, for example a temporary stage erected in a Medici court or Stravinsky’s desire for a 150 piece orchestra.

Always in the writing there is a flair for knitting in details, creating vivid recollections. Popular dancers are discussed. Personalities come and go—some lingering beyond death because of their technical advances, academic or acrobatic.

Constantly Kirstein shows us the endless war between tradition and innovation that remains such a part of ballet’s identity. Above all there is choreography, prioritized for its role in developing the art—dancing, not dancers—the machine that creates the poem.

Movement and Metaphor’s fascination lies in its combination of eruditeness and passion. This is a book written by a fan and connoisseur—for Kirstein the small differences appear large. But this all comes from the point of view of someone who was not a dancer and at first, I found it hard to relate to his insight. Here was someone with a vast knowledge and an insatiable liking for it all who wasn’t consummating his relationship with physical action. Action is what I had been doing since I was five and I felt this to be the most legitimate expression of my feelings. But the authority of Kirstein’s passion made me question my idea of the audience identity.

I had never taken the audience for granted when I performed but as an ex-dancer, now watching dance, I was all puzzlement. I still saw too much of myself up on stage. I didn’t know any other way to witness it. Kirstein’s vision of dance showed me, for the first time, the richness of the audience experience and how rewarding investing in this experience could be.

Tim Harbour was a dancer with The Australian Ballet for 13 years retiring in 2007 as a Senior Artist.

Since then, Tim has received numerous commissions to choreograph, both within Australia and internationally. These include works for The Australian Ballet, New York City Ballet, West Australian Ballet and Queensland Ballet. Tim’s work has been presented at the State Theatre Melbourne, the Sydney Opera House, Sadlers Wells London and City Centre New York.

In 2014 Tim become a resident choreographer for the Australian Ballet.