The patella is pearlescent, our instructor muses. Bone, fat, fascia—all shades of white—but the knee bone of this rat shines like a perfect, tiny pearl.

The taxidermist stretches the skin back over the leg before cutting the joint with a pair of wire cutters. The image is doubled, I watch her ungloved hands metres away, performing delicate work a millisecond ahead of the streaming screen above. So little holds the skin to the creature, she claims, and it is the same with us.

It seems I am a writer obsessed with dead things. That’s how I introduce myself to other un-paired attendees at the skinning demonstration. A fox left lying on the side of the M1 inspired my recently published short story ‘Roadkill Hour’, and my long-suffering manuscript makes multiples of the dead in Saint Petersburg.

If ever there was a place to be comfortable with this fascination, it is in a taxidermy demonstration. The instructor reasons that death unsettles our metropolitan culture. Our food, for example, is chopped, seasoned and packaged until the point it no longer resembles the original. We forget, too, that our bodies are working machines, connections of sinew and muscle like that little rat on the taxidermist’s table.

I picked up Olga Tokarczuk’s Flights because of my particularities. The blurb described a character writing letters to his severed limb, and a Russian sect fleeing the devil. In Flights, Tokarczuk accomplishes literary miracles that defy my definition of storytelling. The author iconically termed the Man Booker International Prize-winning Flights a ‘constellation novel’. Rather than a collection of connected stories, the book is a kaleidoscope, twisting premise, character and philosophy into new configurations. Perhaps it resembles more the kunstkammer or cabinet of curiosity.

Tokarczuk is my first encounter with contemporary Polish writing, though she is a highly recognised and awarded author across Poland and Europe. I cannot deny a lingering homesickness for the Eastern-European sensibility of Flights. Small details evoke elements of Belarus, which shares some 400km of border with Poland.

Close to the beginning of the book, an unnamed narrator describes the spectacle of yearly drownings in the local river. A beautiful diagram follows, one of several unexplained maps, presented without context. Their seeming incongruity matches their sense of purpose, the very essence of Flights. The river map shows comparisons of large bodies of water, arranged side by side. They string down like rhizomes, or the tentacles of blue bottles. I am left wondering how many paid the ‘steep price’ in these rivers.

While the river Neva is absent in the diagram, Tokarczuk evokes other elements of Saint Petersburg, the city haunting me, like the Kunstkamera. Peter the Great planned for this museum, the first in Russia, to house his collection of curiosities. The Kunstkamera is a striking building, a white and aqua Rococo-style construction. I admired it every year I visited Saint Petersburg but stepped inside for the first time in 2014. Anyone who claims that the antiquated ethnographic dioramas are the draw of this place is a liar. Peter’s own precious collection of so-called ‘monsters’ is what attracts us shameful visitors. Lonely infants floating in jars. A two-headed calf. The preserved skeleton of his manservant. 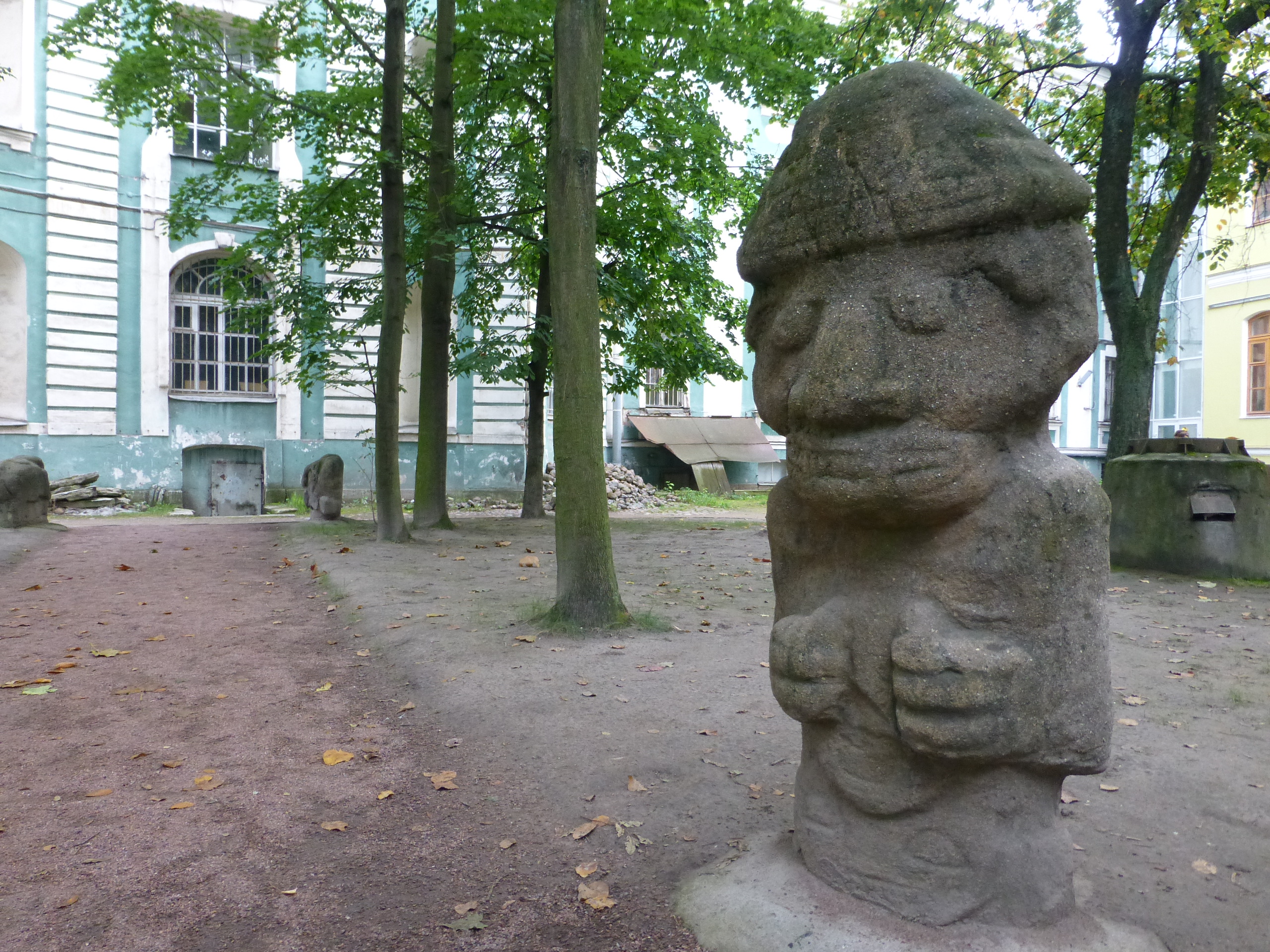 Like so much of Russian history, the museum is haunted, deniable, macabre—and eerily beautiful. As Tokarczuk describes, collections of human parts are (rightly) contested territory, of questionable taste and publicly considered unworthy for general exhibition. Multiple storylines in Flight converge around these morbid collections. A narrator systematically describes the contents of a wax model museum in intimate, attentive detail. A stylised female body catches their particular attention, down to the ‘absolute innocence of her lungs’. This becomes a too-real experience, evoking the startling self-awareness of one’s own body when looking at the internal workings of a cadaver or anatomical model.

Tokarczuk examines the humanity of human remains in fictionalised letters from Josefine Soliman to Frances I, Emperor of Austria. Josefine Soliman beseeches the monarch to release the mummified corpse of her father—a courtier stuffed and placed on display for the entertainment of guests. The letters, unheeded, develop a wrenching desperation. A true historical figure, Angelo Soliman was an intellectual and member of elite Viennese society. The abhorrent treatment of his remains after his death, displayed as an ethnographic curiosity, is a grim counterpoint to the contemporary descriptions of characters exploring various museums and kunstkammer collections. Consumption of these displays are largely the domain of white, educated, able-bodied persons who presume the right to see and experience them. I’m reminded of a recent internet discussion regarding tourists visiting Torajan burial sites in Sulawesi, with commentators bemoaning the ‘tourist traps’ of increased costs for hiring guides to the area.

Travel has the tendency to bring out our flaws. The expectation that you can do anything, be anyone, experience everything, is part of the lure. Another attraction is the opportunity to disappear. Tokarczuk, who studied and worked in psychology, uses Flights as a kind of exploratory travel manifesto. One narrator muses: Whenever I set off on any sort of journey I fall off the radar. No one knows where I am.

Tokarczuk seems to assert that motion acts to avoid decay, a kind of pseudo-immortality. I remember thinking something similar as a child, imagining that an individual always moving behind time zones would be able to inhabit the same day forever. In the section ‘Flights’, a mad prophet beckons passers-by to commit to ceaseless movement. His speech links both travel and dissection, claiming all that is collected, displayed, categorised, is at the command of the antichrist: Whoever pauses will be petrified… pinned like an insect.

At the time of writing, I am mid-way through another title: Angela Meyer’s A Superior Spectre. Still mulling over themes conjured in Flights, A Superior Spectre shares reminiscent qualities, like the use of travel as a means to experience life (in this case, a dying man transported into the mind of a distant ancestor), and writing about visceral bodily experiences. Jeff, suffering the final stages of an unnamed disease, uses a prohibited technology to inhabit the mind of Leonora, a Scottish woman living in the 1860s. Far from a benign passenger in Leonora’s consciousness, Jeff’s thoughts, fantasies, desires and dread infect Leonora in a disturbing and parasitic rendition of possession.

Jeff trips into the past, intoxicated by the promise of inhabiting a young, healthy, sexually awakening body. The intensity grows for Leonora too, who is bursting ‘from her corset, from the cage of her bones’. The ethics of the decision to travel and inhabit, like a burrowing tick, the mind of an ancestor, are questionable at best, descending to a dangerous and damaging voyeurism.

As I read, I want the woman from the past to survive, and the man in the future to relinquish her—his death is the only way for this to occur. A curious juxtaposition: Leonora is the one with a future in A Superior Spectre, while Jeff nears his end.

Reading, I think, is a kind of travel, a looking-in on other lives and a means to examine our own.

Dasha Maiorova is a Belarus-born emerging writer and visual artist. She is currently working on her first novel, a contemporary Russian gothic set in Saint Petersburg.