Katherine Hattam’s installment in the ‘What I’m Reading’ series. 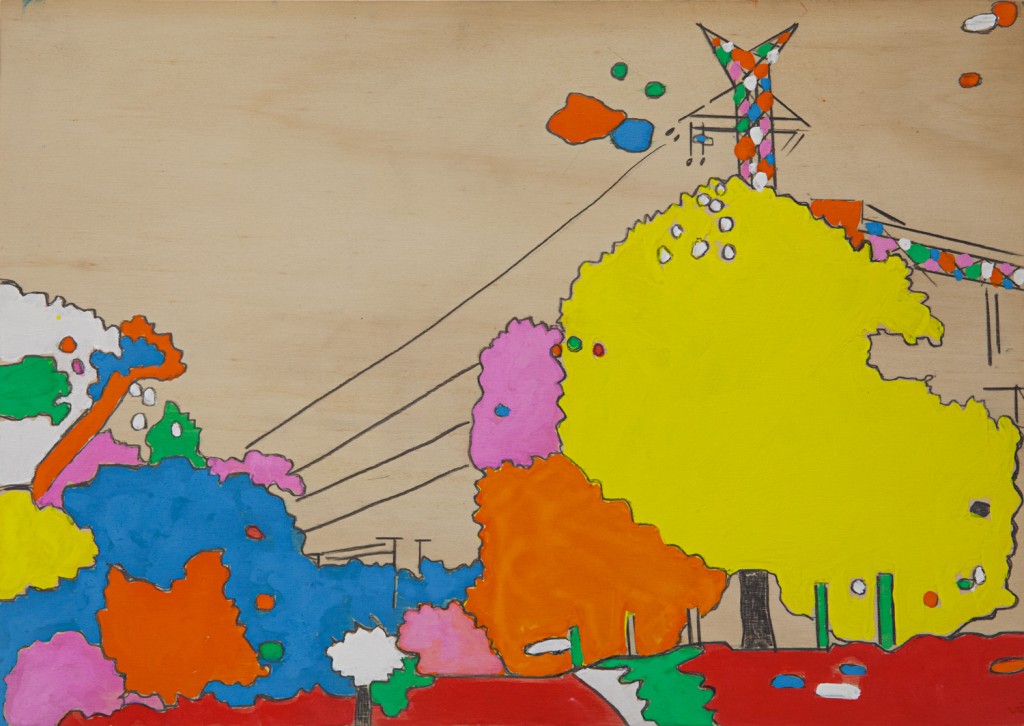 Katherine Hattam, The Creek Behind The Yellow Tree

Seated at a dinner, next to friend and writer Murray Bail, I said how much I had enjoyed his novel The Pages, in particular the fictional trip the two women took to the country. When further prodded, saying that I found the argument—anti-psychoanalysis and pro-philosophy—quite funny, fatefully adding that psychoanalysis was the wrong word; what he described was more accurately ‘psychotherapy’. We then moved onto a novel about an artist, in which the inaccuracy and implausibility of several details spoiled the book for me. Bail declared me a ‘vulgar reader’ and packed away the friendship. I love my title and hope one day to write a blog called that, thereby losing a few more friends.

Raking over this, reminds me how irritated I am when writers choose ‘Art’ as a disguised way to write about their own writerly creativity, blocks etc., without bothering to get the facts right. How even more annoying is the almost universal focus on the ‘fake’ as a way to write about art, as in Peter Carey’s Theft: A Love Story or more amusingly in Shane Maloney’s The Brush-Off.

A brilliant example of a wonderful book with none of these flaws is Arne Glimcher’s Agnes Martin: Paintings, Writings, Remembrances. It is written by the ideal dealer/gallerist, who not only made regular epic trips out to New Mexico, where she lived for much of her life, but also (according to her wishes), had her ashes illegally buried under an apricot tree, next to the Museum where many of her works hang. The book, apart from illustrations of the paintings, includes facsimiles of notebooks containing her writings, direct quotes from studio visits by Martin herself and glimpses of these events at the time. What emerges from these details is a brilliant, singular, uncompromising artist—as Martin said, ‘I thought I had made something that no-one would consider to be a painting; but to my surprise they responded.’ We learn that at the end of every year, for the first twenty years that she painted, she destroyed everything she made. Her schizophrenia and the fact she was a lesbian are mentioned; but the focus is on her courage.

The more traditional (and cheaper) biography by Nancy Princenthal, Agnes Martin, Her Life and Art, uses Glimcher’s book as the primary source, and is a good biography. The catalogue for the recent retrospective at the Tate Modern: Agnes Martin, edited by Frances Morris and Tiffany Bell, is different again. Unlike the previous books, it is not one I have read straight through; Martin is a rigorous minimalist, for twenty years only making works which were either six foot by six foot, until that became too big for her, so became five foot by five foot, all graphite and washy acrylic on canvas, and yet the lasting sense is not of repetition, but of infinite variety and beauty.

I discussed (more accurately, ‘raved about’) the biography with another friend, who argued (it does seem that I argue with friends about books) that he never read biographies of artists, as knowing about the life didn’t alter or help with appreciation of the work. It is an interesting point, leading me to think, why do I take such pleasure in reading biographies of artists, thinking of Hilary Spurling’s The Unknown Matisse, John Richardson’s Picasso. The pleasure, I think, is nothing to do with appreciating or experiencing the work, but is an entirely separate mode of understanding a life, including what is meant about how they came to be an artist.

I also read books not about art or artists, some fiction and nonfiction. Someone recently asked me what I do to relax, reading was one answer. Karl Ove Knausgaard has changed my idea of what fiction can do, especially Vol II, A Man in Love. I have had another argument about this book with a woman friend and writer, who objects to Knausgaard being feted for saying what women have been saying for years, about the battle between being a good parent and a writer. Such is his brilliant, raw account of contemporary life, of what it is to be a father… I find I don’t care about the politics. In contrast to Agnes Martin, Knausgaard is a maximalist and that itself is the source of great pleasure.

Helen Garner’s This House of Grief I have read twice. It’s her best book of nonfiction. Despite—or perhaps because of—its terrible story, it is a masterpiece, a book that, through the distilled telling of an extreme horror story gets to a central truth to which (to a surprising extent) we can relate. Like Janet Malcolm, Garner views the events through a psychoanalytic understanding of human behaviour, not in a heavy-handed intrusive way but with a rigorous light touch. The bleak Winchelsea landscape, its fish-and-chip shop, the ‘Coffee Kart’ and the Court Room, all remain for me as if iconic verbal paintings.

Katherine Hattam lives and works in Melbourne. Although she did not go to art school until her late thirties, she began making large black and white drawings at 16. She exhibits regularly in Melbourne, was Australia China fellow in 2002, exhibited and visited Bejing and Shanghai with the Exhibition 2014 Backwaters a recent outcome. She was squired by the NGA and NGV before going to the VCA and is in the collections of AGSA, AGNSW, QAG, QUT, UQ, Heide Museum of Modern Art, Bendigo Art Gallery, Deakin University, and private collections in Australia and USA. She completed a PhD at Deakin University on the subject of art and psychoanalysis.
Her work has been displayed recently at Deakin University and at Daine Singer Gallery.