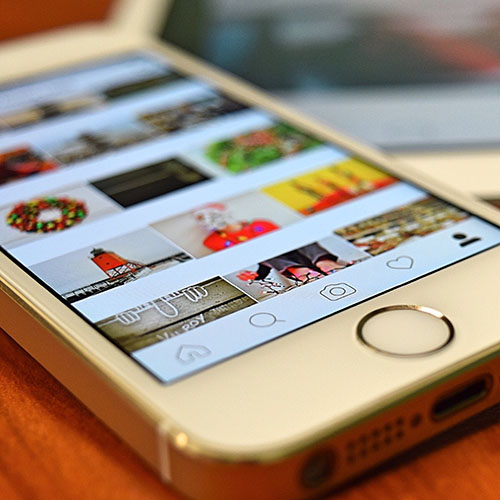 Not a week goes by without an analogue Samaritan telling me, or the world in general, to get off screens.

Confession: right now, I’m staring at a screen, about to write on staring at screens.

This confession is important, as it makes it clear that I’ll not feign disinterest or indifference. When it comes to ‘screen time’, I have a dog in this fight.

As the author of Distraction, I have argued for a more mature relationship to technology—one that recognises the risks, but also the benefits, of digital devices. Mobile phones are not magical liberators, but nor are they malicious demons. They can be enrolled into a life of flourishing, or deployed to heighten cruelty, vanity, or chronic anxiety.

Today, I’d like to take apart this terrible argument against screens: the idea that we ought to ‘look up’ from our phones, and take in the world’s majesty. This is the most common advice given—usually unsolicited—to younger people, and it also appears in different forms on café chalkboards, memes, and so on. Folks are encouraged to talk to each other; to tear themselves away from pixels and notice the small wonders; to do away with two-dimensional superficiality and turn to the richness of life.

Most obviously, this sets up a silly opposition between the medium and the rest of existence. The screen is false, the rest of the world is true and good. This argument was levelled at writing and painting at various stages of history: Plato had a go at both, over two millennia ago. But I’ve yet to endure someone pushing aside my Ecce Homo or standing in front of Matisse’s ‘Reclining Nude’ to tell me to witness the panoply of awe that is real life. Why? Because they are taking issue, not with unreality, but with novelty.

Folks are often suspicious of new or foreign technologies, and they treat those devices and systems as outlandish others, devoid of human value. This is not really a statement about the specific nature of screens—an ontological observation, concerning their relationship to reality. It is an expression of familiarity, and an inability to project what is richly human into an alien realm. If they phrased it this way, it might be more honest but suddenly less profound: paperbacks and paintings are also two-dimensional, but I grew up with them, so I’m not worried about them.

Phrasing it this way also invites another important rebuttal: perhaps you should be worried about books and artworks. The cultural cachet of literature and visual art means gives it a certain invulnerability with the deferential middle classes. As soon as something becomes art—as much a social achievement as an aesthetic one—it suddenly gains a new respectability. Obviously pulp and craft don’t get the same kudos, but they’re fellow travellers to many who disapprove of screens. And, again, these forms are familiar: folks might not think Agatha Christie is Virginia Woolf, but they know she’s a harmless diversion.

But reading and art can equally be distractions. As I note in The Art of Reading, I have read piles of Star Trek in order to escape from reality, to the point where I was disgusted by my own inability to really look closely at life. I had succumbed to a kind of defensive illusion, which took away discomfort but also honesty. If consciousness is ‘a cloud of more or less fantastic reverie designed to protect the psyche from pain,’ as Iris Murdoch put it, then I was pumping up the reverie with cheerily liberal science fiction. Similarly, I have visited the National Gallery of Victoria specifically to avoid personal angst; to find something beautiful instead of something confronting.

My point is not that Star Trek novels or Matisse paintings are bad—I esteem both, though in quite different ways. My point is that my use of these was sometimes to provide consoling or calming preoccupation. ‘Humankind,’ wrote TS Eliot, ‘cannot bear very much reality,’ and we cannot blame the media for our native urge to flight. Yes, they can indulge this escape more or less generously; they can reward attention with greater or fewer moments of insight or aesthetic accomplishment. But in any case, looking for diversions is something screens have no monopoly on.

This is because distraction is not a matter of technology; not something invented in the twentieth century, alongside integrated circuits and liquid crystal. It is as ancient as humanity, and the product of value: we use the word to describe our distance from something worthwhile. We are distracted when something of lesser significance takes us away, literally or figuratively, from something of greater significance. The story of civilisation is partly an ongoing argument about what is valuable, and how we can best obtain and keep it. This means distraction, in turn, is often a negotiation, not a simple mistake. (Socrates saw ordinary Athenians as distracted. They thought the same about him. A playwright portrayed him looking up into the sky, then being shat on by a lizard.)

It is true that the unpredictable nature of internet browsing can encourage unhealthy habits: restlessly clicking for the next hit of feels or lulz. And perhaps glowing screens have an allure that paper and pigment do not. But these are very specific problems, with very specific predispositions and remedies. They are an argument to be had, not a simple Manichean battle between humans and machines.

And, more importantly, none of this is discussed by the brave defenders of palpable everydayness. They generally assume screens are bad, because Real Life™ is right there and wonderful.

But how wonderful is it, honestly? To be quite frank, my Instagram feed is far more beautiful, striking, challenging and often seductive than my view from this café. (A middle-aged man in thongs snorting to my left. A lean Dutch couple arguing about car finance behind me. A smallgoods truck with an inefficient engine.) Appearing with regularity on my tiny screen are magnificent athletes leaping and stretching; gorgeous models, lit well by professional photographers; beaches and forests of stunning intricacy and immensity; moments of tenderness and charity and desire—in short, all kinds of awesome.

It is partly because much of every day is dull, ugly or just chronically average that we turn to screens—or novels, paintings, sculptures, concertos, dances, and so on. Telling someone to notice what’s amazing by turning off their phone is breathtakingly naïve. (It is also a way to promote indulgent ignorance, but this is another argument.)

If everyday life does contain awe and delight, these are not encountered simply by looking. We must work at this. To genuinely observe the subtleties and details of existence; to look beyond our habitual biases of perception and reception; to notice stuff we normally block out—this is an endeavour, not a gift. And so is taking this aesthetic pageant and making it into something comprehensible, emotionally resonant or otherwise artful.

And with all due respect to the custodians of attention, it is a labour they rarely do. Their insights are pedestrian, their ideas banal (including this one, about getting off screens). The wonders they regularly encounter have, oddly enough, done little to edify or cultivate them. They are thoroughly ordinary. Importantly, my point is not they are somehow lesser citizens or human beings; that there is something contemptible about being ordinary—everyone is ordinary at most of what we do. My point is that these stunning things we’re apparently missing have come and gone, leaving little behind. Why? Because they seemingly do nothing with them.

To believe that a life without screens is a life suddenly filled with glory and the sublime, is to be estranged from life. It is a kind of delusion. Worse, it is vanity: the mistaken belief in one’s own accomplishments. A screen used by an attuned, sensitive consciousness is worth far more than analogue existence with a corrupted or lazy mind. In short: if you suck at attending, reflecting and imagining, screens are the last of your concerns.

Put another way: mind your own mind.

Damon Young is a philosopher and author. www.damonyoung.com.au