On the death of Gillian Mears and her essay ‘Old Copmanhurst’ in Meanjin Volume 71, Issue 1, 2012

I was saddened last week to hear of the passing of Australian novelist Gillian Mears. I didn’t know Mears personally but was hugely inspired by her 2011 novel Foal’s Bread. It’s the kind of book that takes a writer more than a decade to write. Foal’s Bread tells the inter-generational story of the Nancarrow family, stars of the high-jumping horse circuit in rural NSW between the two world wars. Roley Nancarrow, reigning high-jump champion, is captivated by Noah Childs, a 14-year old drover’s daughter with the tenacity and skill to coax an unruly mare over six-foot obstacles. It’s the beginning of a heady love story between two unearthly show-jumpers. But their success is stopped short when Roley is struck by lightning for the second time (the first, he warrants with granting his uncanny sense of balance) and paralysis begins to creep through his body: ‘The pair of workhorses noticed it first—that the feeling had begun to leave his feet. They put their ears back at his unusual clumsiness and in small, cunning ways that only he could detect stopped working as hard for him.’ It’s a vast narrative, difficult to capture in a few sentences; tender love set in hard country, chronicling the ruin of individuals and relationships, the cyclical nature of fortune and misfortune within a family and a deep affinity with the land and horses.

Deservedly, Foal’s Bread won the Age Book of the Year, the ALS Gold Medal, the Prime Minister’s Literary Award and the Victorian Premier’s Award and was shortlisted for the Miles Franklin and Barbara Jeffris Award. In reading it, I experienced all that the characters experienced. I remember the joy of youthful love in clandestine nights beneath the jacaranda tree and the slow terror as that joy started to wane, paralysis and alcoholism rising in its stead. Like many readers, I was gripped until the final chapter, ambling or galloping through the pages of the lives of her characters with all of their great desires, fatal flaws, cruelties and golden luck. I reflected then, as I do now, on the enormous and rare power Mears held as a storyteller.

Foal’s Bread was not the kind of novel which could be knocked together in a year of unpaid leave. Her essay ‘Old Copmanhurst’ in Meanjin 1, 2012, reveals it as an artwork which was slowly and painstakingly unearthed, image-by-image, scene-by-scene through research, conversation, memory, accidental revelations, a rich imagination, experience and her own longing. This was Mears’ first novel in sixteen years, owing to the fact that she developed multiple sclerosis at age 31, shortly after the publication of her second novel, The Grass Sister. Mears herself was an avid horse rider but MS promptly rendered her unable to ride. ‘[The disease] was slowly but surely taking away my ability to ride even the quietest pony, let alone Bellini, my loveliness Wind of Song ex-barrier rogue… I felt a growing sorrow… less and less chance existed for those moments when my own soul could meet my mare’s through a long pair of favourite old leather reins.’ Bellini was sold and Mears’s movement became increasingly constrained. She spent the final years of her life greatly debilitated, reliant on care and became an advocate for voluntary euthanasia. ‘Not a day goes by where I don’t wish I were dead,’ she told a hearing in 2013. Throughout this period, she wrote and published Foal’s Bread.

The novel is imbued with Mears’ personal grief and her enormous yearning for the life of mobility, independence and horse-riding which was eluding her. Although it’s deeply regrettable, I don’t believe the novel could have achieved what it did without the fertilisation of Mears’ life experience. This kind of a novel costs the writer something: years of their life, real loss, difficult transition, a grappling that cannot be met with any act other than the process of artistry; creative transformation of dark material. The coarse and unbearable matter of real life has undergone a process whereby its container, the artist’s life, has broken, like the earth above a new shoot will, in allowing the fruition of a beautiful and valuable thing.

I wish Mears didn’t have to endure what she endured and lose all that she lost. I wish she had continued to be prolific from the age of 31, that her popularity had only increased and that the promises of the brand she regarded as embarrassing, “promising new writer”, had not wavered in its accuracy until her death. But I am thankful for the generous gift she has bestowed on the readers of the world. Economies are fed by fast mass production but human hearts and minds are not.

Mears’ death brings into stark relief the inability of our lives to provide us with all the time and resources we need to achieve what we imagine we might. ‘I wonder about the books I would’ve written had [the] disease not become my own,’ she wrote. ‘I wonder, given that I’m now forty-seven, if there is any writing time left.’ If we are born privileged and then very lucky we may get to choose what we do with our lives but rarely the full course of them. Artists like Mears may offer up only a small oeuvre: a series of short story anthologies and three novels. It is enough, it is not enough and it is more than enough. It engenders a thorough respect and gratitude for artists who dedicate their working lives to their crafts when success, dignity nor comfort are ensured. Mears’ passing at only 51 reminds us that we best do what we need to do with haste, but never to do it hastily. 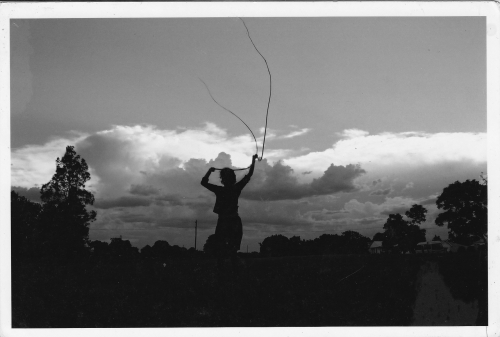