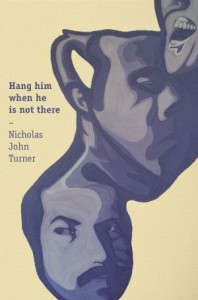 This is an edited extract from Hang Him When He Is Not There, the debut collection of fiction by Nicholas John Turner, published by Savage Motif.