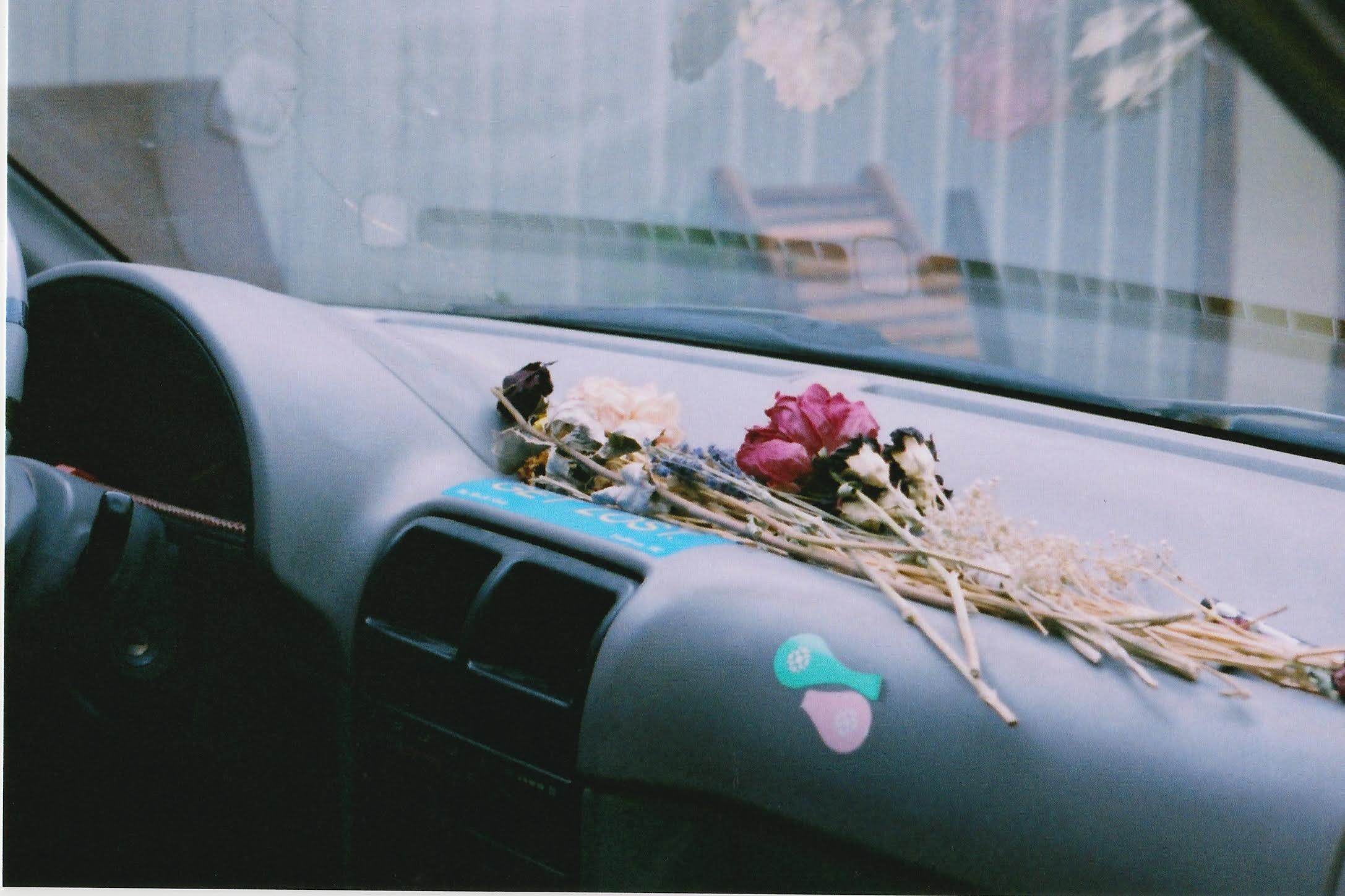 I dreamt of Sam last night. His hair was still the colour of straw but longer than I’d ever seen it. He had a rough fringe at the front and it reached his shoulders at the back. I wonder if he looks like that now, it’s been years since I’ve seen him. The image was hazy, like a photo filter with a softening 70s colour scheme. He was leaning against the trunk of a gum tree and seemed sad, kind of down and out, and he was wearing the old kind of John Denver glasses he had when I first met him. I have a close up picture of him in those thick metal frames: he is blowing me a kiss, snowy Welsh mountains and his blue hatchback are in the background, his hair is puffed up by the wind and is floating around his face. I want that photo now; I want it on my wall; I want to find the square brown negative, take it to a photo shop and tell them to blow it up as big as they can because when I look at it I know we were happy. But only rockstars and poets hang photos of old lovers on their walls.

I love the story of how he and Simone became a couple: he picked her up from her house in a different blue hatchback, it was already dark and they drove the long straight road to the beach making small talk, Sam tapping the automatic gearbox as though it were a manual and he may have to change it at any moment, and then they pulled up in one of the bays near the West Beach Surf Club and at some point he just leaned over and kissed her, hard. I know how hard he can kiss, he can kiss hard but not awkwardly, a skill that I didn’t even know was rare when I used to kiss him, and she must have liked it because from that moment they were on they were a couple, kissers in the nighttime and the day.

Sam has a quiet kind of charisma. For him interactions are humble, personal and quiet, any hint of masculine contest and he absconds. It’s the complete opposite of my friend Nick, who relates to other men almost exclusively through one-upmanship games—games Sam would ignore, leaving Nick feeling rejected and stung.

I’ll never forget the time I ran into Nick at the supermarket; I’d just had a miscarriage and was searching trance-like under the fluro lights up and down the aisles in a crumpled yellow dress with dirty, un-brushed hair. We needed to get away. The same car that years later Sam kissed Simone in was packed with the tent and bags of clothes and was sitting in a five minute loading zone outside Coles at the Central Market, Sam in the driver’s seat listening to an old Café del Mar tape. I was inside the store dealing with the logistics of not being on birth control while not wanting to get pregnant and hoping that Nick, who had just entered my viewscape, wouldn’t see me at the till with my lonely shopping basket containing a box condoms and a tube of commercial lube. I looked away from the double glass doors that Nick had just walked through and focused on the blouse of the woman in front of me as she handed her credit card to the cashier—but of course he saw me and of course he walked straight over. I considered slipping off while there was still time, tucking the basket into the aisle of breakfast cereals behind me and announcing to Sam when I got back to the car that we’d have to stop somewhere else on the way, but it had taken so much determination to be standing there at all that I knew if I bailed I probably wouldn’t make it back, so I smiled at Nick as he approached and he smiled at me and when he asked me how I was doing I looked him straight the eye and said that I was good. And I kept looking at him as my two items creeped down the black conveyor belt. I asked him how he was doing and he said he was doing well too, and as the items were scanned and their beeps rang out around the store I thought about his barely concealed hostility for my lover and how he was the worst person to be here with me as these tools of intimacy paraded down the checkout. His eyes seemed to contain a combination of humour and interest and for a dreadful moment I thought I detected concern. I tried to keep smiling, to not let the sad face take over as he made small talk, as he told me something about his wife and his daughter and their plans for the weekend. I kept my eyes glued to his and smiled even harder as I handed my money to the cashier and said: Sam and I are going camping. I didn’t wait to hear his reply, just smiled at him as the cashier placed the change in my hand, then waved and ran outside to the street. There in the hot city air I let my features drop and the tears surface because the car was blue and full of music and Sam’s face was framed by the open window, his fingers on the roof tapping the beat of the song. When he noticed me he smiled wide and nodded.

I ran around the front and jumped in the passenger seat. The air inside was steamy and hot. I threw the shopping bag on the backseat, leaned over and kissed him, and when I pulled back we smiled at each other and he said: Ready? I nodded and we pulled out onto Grote Street, then took a left on King William. I threw off my thongs, rested by bare feet on the dash, and watched the high-rise buildings and office workers mingling around coffee shops drift by as we drove north to the Flinders Ranges, to nights under gum trees and stars, to feet walking ancient desert tracks, to loving or perhaps not loving—after all these years I can’t recall—and, unknowingly, to separateness and the kind of visits that come only in dreams, like the one that was clear in my mind this morning when sunshine sliced between the curtains and into the room where I lay awake with eyes closed, still holding on. 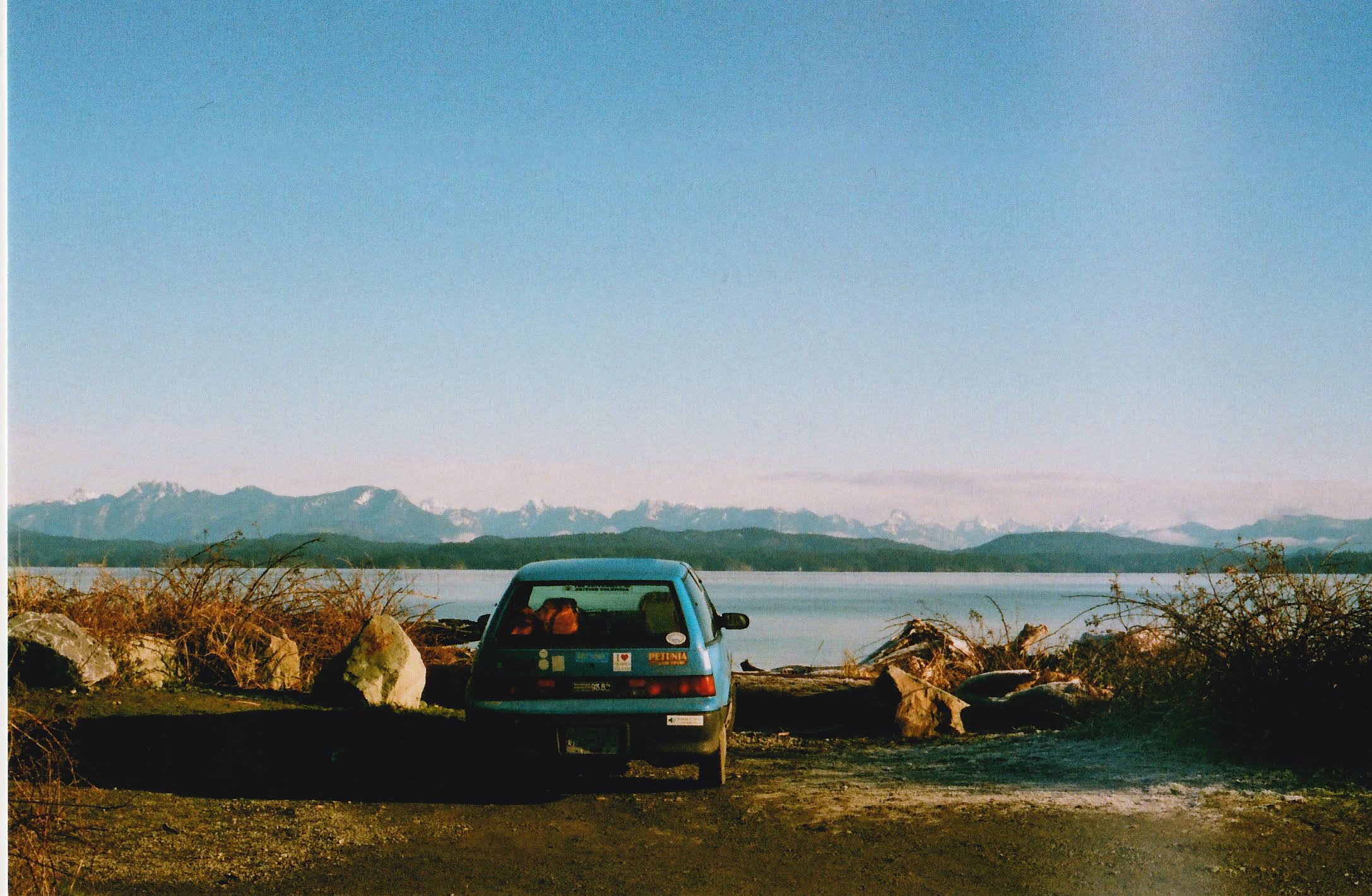 Libby King is from Adelaide and lives on Vancouver Island, Canada. Her short stories have appeared in PRISM International, Prairie Fire, and Litro Magazine. Connect with her on twitter: @libbyking