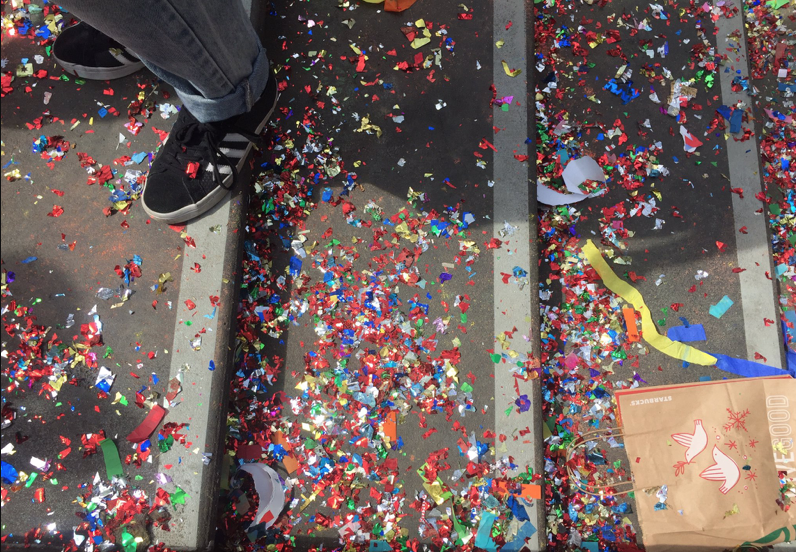 The first thing, the overriding thing, is sheer elation.

Elation that an expensive, cowardly and actively harmful stalling tactic has ultimately backfired.

Elation at other people’s elation. Rainbows have obliterated everything else on my Facebook timeline. I can see a table of queers in an inner Melbourne bar (thank God, today of all days, for the bubble!), all on Facebook, all rapidly liking every rainbow post. It’s overwhelming: the flags and the glitter and the rainbows in an explosion of active celebration that wouldn’t be happening otherwise.

Inevitably this moment and its associated energy will fade, and what remains will be a single number: 38.4%. We have our Prime Minister’s political cowardice to thank for that.

When you’re queer you live your life fully aware that a sizeable number of people either dislike or are actively revolted by a sizeable element of who you are. If you’re lucky you adjust, find a community who actively loves you for who you are, and proceed to live a fabulously gay life.

It’s a bit hard to do that when months of argument spew forth a not insignificant number of no votes.

So the excitement will fade and that number will remain and the $122 million won’t come back.

But with any luck we’ll have legislation before Christmas, marriage equality in the new year, and we can direct all this energy, attention and money to the countless other pressing issues our community faces. Trans rights, queer youth suicide rates, bullying in schools—our fights continue.

For many people, being queer is about more than who you’re attracted to. It’s about living your life outside the potentially stifling confines of Australia’s heteronormative culture. For me, at its most simple, it’s about saying: life is multitudinous. Embrace it.

Over the course of 2017, my relationship with my sexual identity has profoundly shifted. I now actively centre queerness as integral to who I am. Long after the issue of marriage equality has stopped being an issue, that change will remain and continue.

But I won’t put a heterosubservient spin on things: It’s been a bloody hard year. It’s not over yet.

This awful process has transformed me into a louder, prouder queer now than I was twelve months ago. The alternative approach, to let the hatred consume me, was simply too horrible to even contemplate.

Alongside thousands of others, I made it to the explosion of colour and confetti outside the State Library of Victoria this morning. It was a moment of pure euphoria. Not everybody made it. We are the lucky ones.

Anders Furze is a journalist and critic based in Melbourne.
image @melissabrownabc/twitter