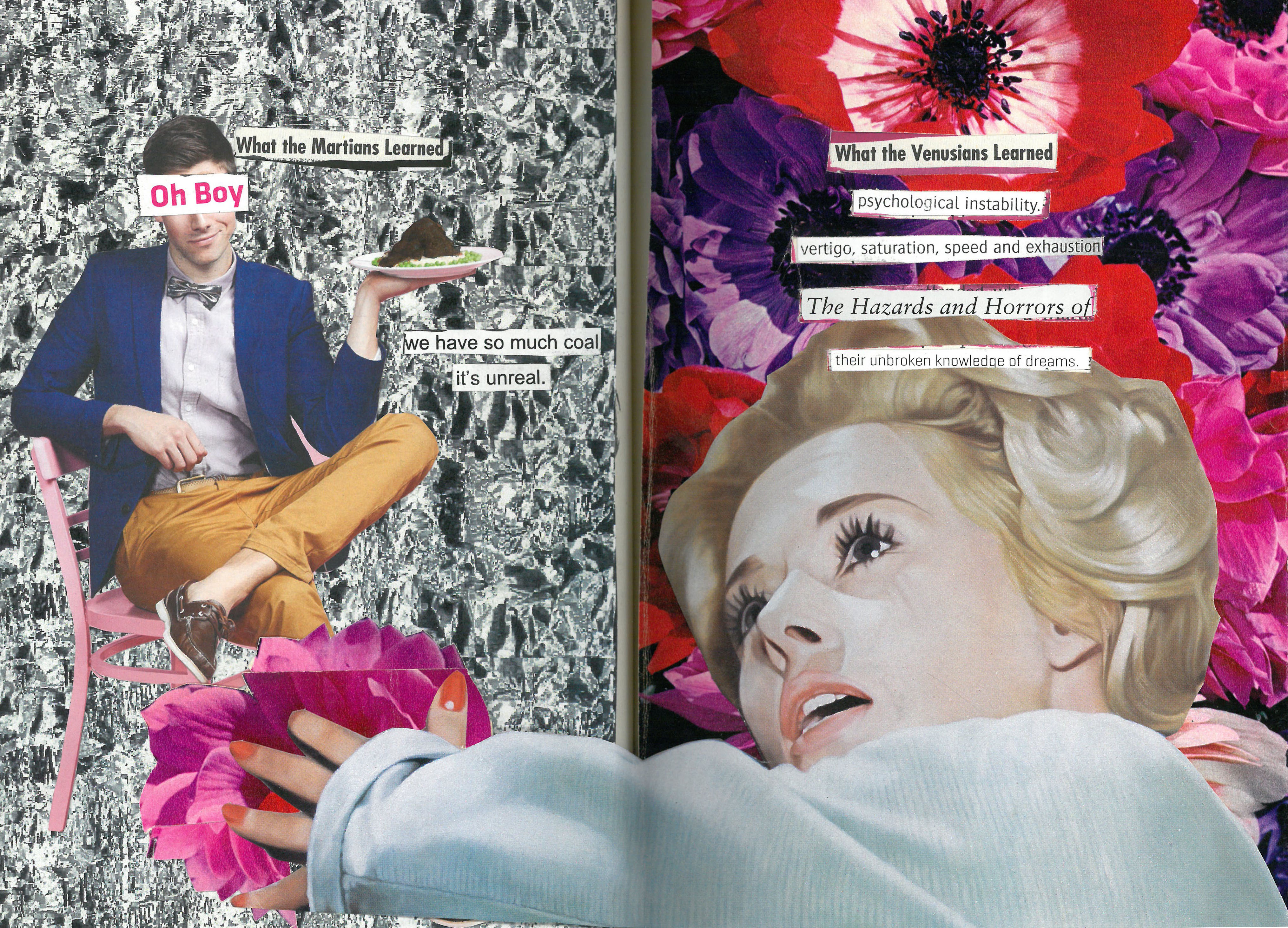 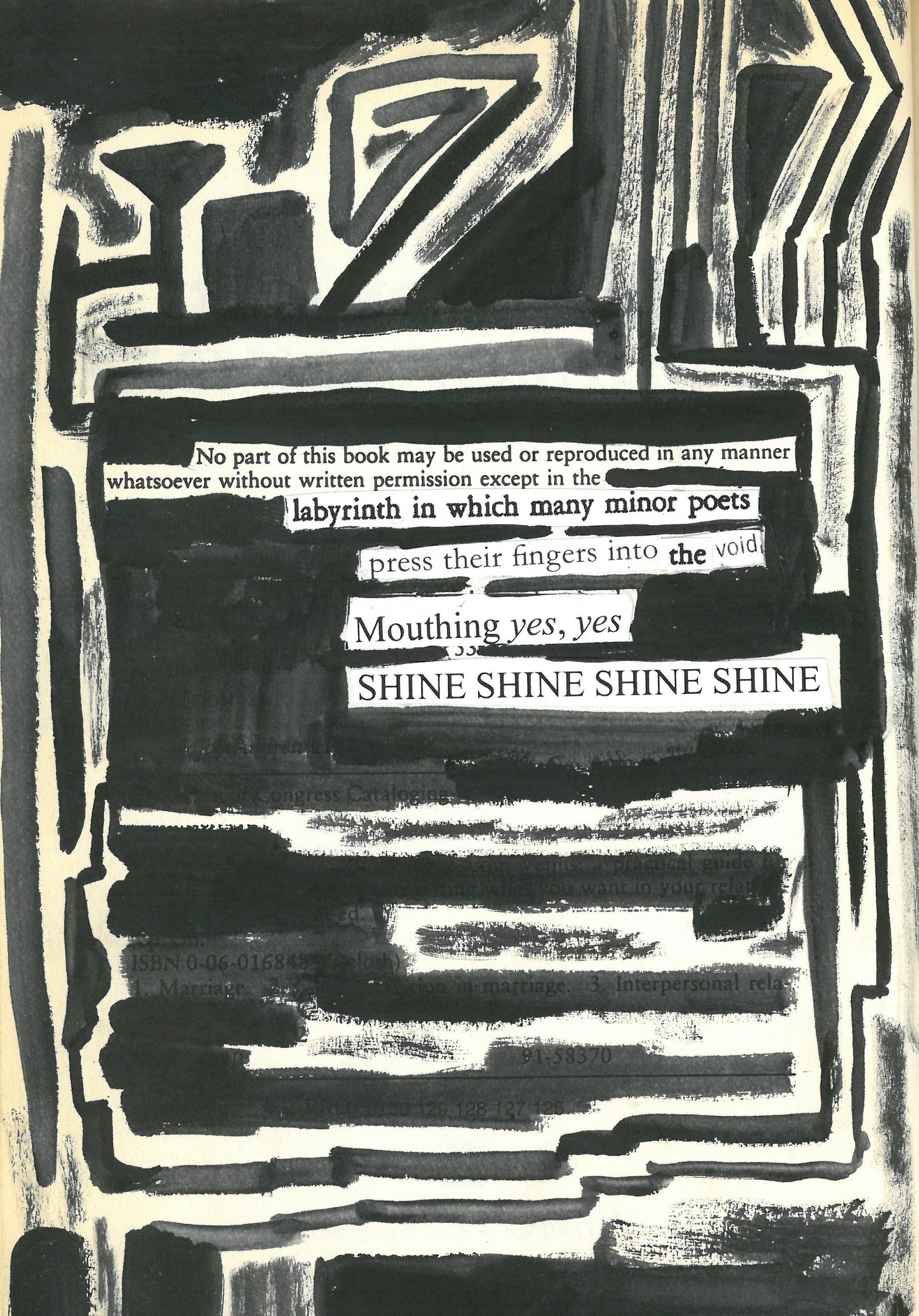 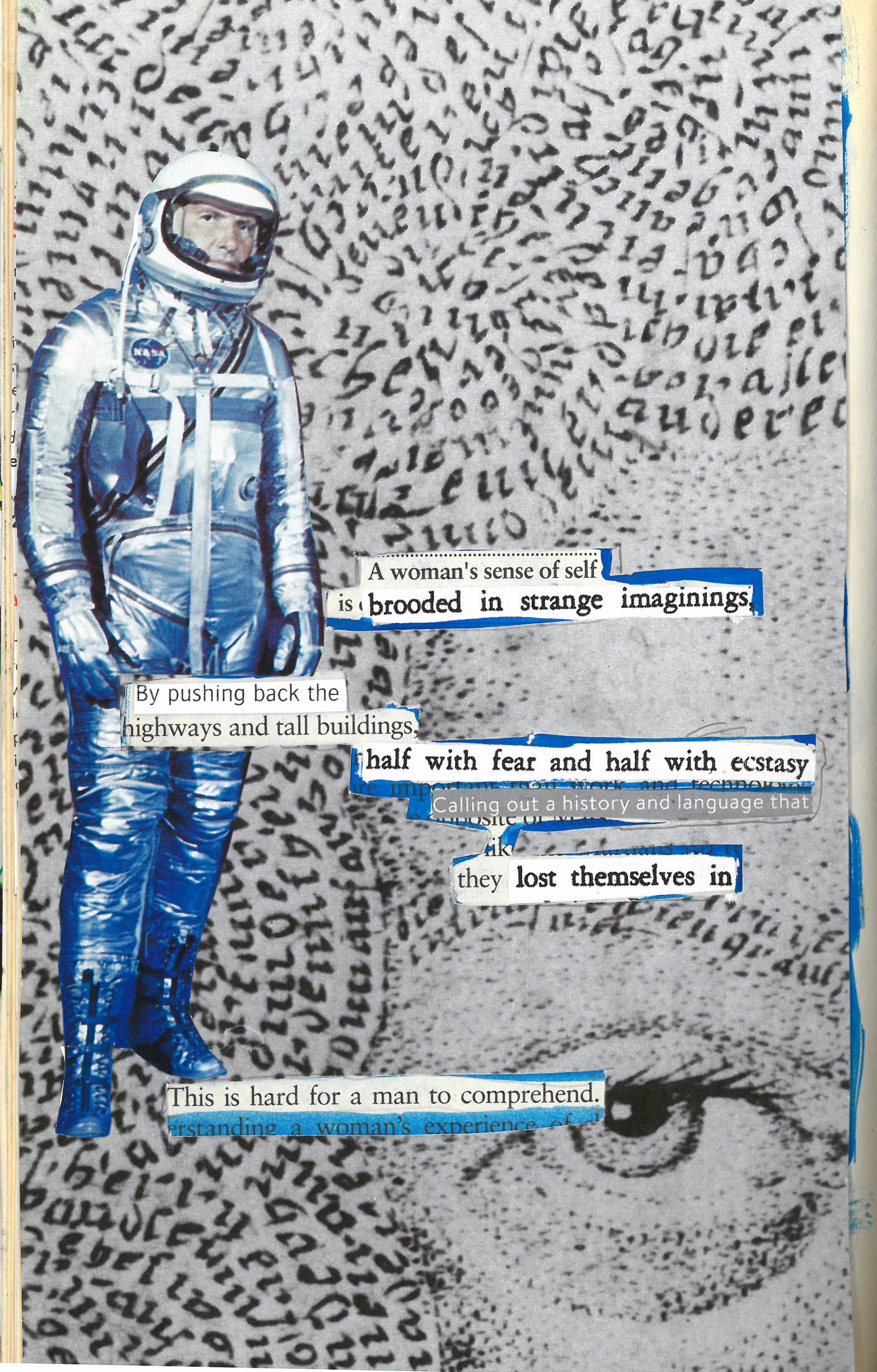 INVERT is fascinated by this, Men Are From Mars, Women Are From Venus. INVERT has started folding in on itself—like someone inspecting a carbuncle on their inner thigh—to examine the thing.

Who is responsible for it? Did the hivemind manifest it so we could all build a home in its corpse? Is it a hairball that this culture spit up and proceeded to feed on? Is it a bioweapon of the mind?

INVERT has been draining its fluid; been pulling it apart. INVERT has been healing it; been reverting it to a natural state; leaving the door open to chaos; letting the images and words fall on the page.

INVERT is a dinner party where every word is invited to leave their keys in the fishbowl at the front door.

INVERT is watching the effluent wash away and leave behind queerness, love, selfhood, un-binaries, gender, womanhood, pain, monsters, illusion, parenthood, dada, body, performance, absurdism. They shimmer and reveal themselves like gold nuggets in a silty stream.

INVERT lovingly acknowledges it’s lineage in the work of On the Rod by the artist ReVerse Butcher and Revolt. She Said. Revolt Again by Alice Birch.

Fury is a despicable changeling creature birthed from the sulphur swamps of greater New Zealand, currently inhabiting the desolate desert landscapes of Melbourne’s CBD. You can tell them by their webbed fingers and shifting red eyes. To ward them off, you may leave an inverted coat or open iron scissors where you sleep. It is not advised to read their guileful poetry as their words encourage restless sleep.