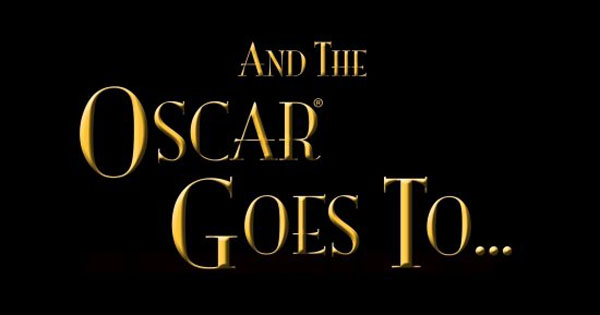 In the slew of Oscars think pieces published recently, a trend is apparent—wholly obvious, but not unimportant—towards questioning which films deserve to win. On one hand this is just a slightly more probing way to ask which film should get the gong—as though ‘deserve’ factors in more than taste. Isn’t subjectivity, though, completely inescapable in the evaluation of film? Doesn’t the word ‘deserve’ merely—misguidedly—try and rationalise awards granted for reasons far beyond the nebulous notion of ‘best’?

Every aspect of the Academy Awards highlights that honouring the best—the most deserving—isn’t really happening. Partly this is because determining ‘best’ requires us to all agree on the criteria used to assess it. More than this, it’s about the politics playing out in the background. Questions of merit make for interesting conversations, often interesting articles, but it isn’t really what those glitzy ceremonies are about.

The 2016 film Fences was an explicitly two-protagonist tale where Denzel Washington and Viola Davis shared almost every scene. So why, when awards season rolled around in 2017, did Denzel get nominated for a Best Actor Academy Award while Davis was nominated in the Best Supporting category?

I could spend words spotlighting the issues of gender, of race, of the continued undervaluing of black women in Hollywood. Never irrelevant points. But there’s more to the skewing of nominations than entrenched gender and racial biases.

If your imaginings of the workings of the Oscars involve the 6000+ members of the Academy sitting back and watching the 700+ American films released each year and then—as I do—ranking them on merit, you’d be wrong. Campaigns—well-organised, well-funded and enormously political—are waged annually by producers and distributors to cajole Academy members to pay attention to a title. It’s why indie films are invariably under-represented, it’s why tiny budget movies scarcely get a look-in and it’s why there’s a distinct correlation between the stars that earn the biggest pay cheques—those leading ladies and gents who studios deem an investment—and award nominations. Getting a film noticed is a very expensive business.

Before orchestrating a For Your Consideration campaign, producers and distributors examine the year’s field. In a year where Meryl Streep appears in anything—even if that anything was the rapidly forgotten Florence Foster Jenkins—Paramount needs to ask whether putting money behind Viola Davis for Best Actress is worth it. They need to calculate that on the slim chance that she even scores a nomination, would that alone—in a town still being embarrassingly flattered by La La Land—be worth the cost of a campaign; would a mere nomination sell more theatre tickets. Instead, Paramount pushes for Davis to be considered in the Supporting field. Not a shoo-in, no, but then there’s no Meryl, there’s no Disney-eyed Emma Stone and one could argue that putting Davis up in a field of solid contenders might see her benefit from a vote split.

Once we resign ourselves to the reality that campaigning dramatically narrows the pool of ‘deserving’ titles, we then need to factor in the Zeitgeist. Suddenly merit is much less about what’s on the screen and more so about everything that’s happening around the film’s release.

#MeToo is the cultural definer of the past half-year so it’d be folly to ignore the role it’s playing in awards seasons beyond those darker-hued dresses. Unless every voting member is surveyed about their thinking, we’ll never truly know what impact that world outside played in their selections, nonetheless, speculation is my stock and trade.

Does #MeToo result in making a good-but-not-great female-driven film like Lady Bird suddenly much more worthy in a climate, in an industry, with a tremendous number of apologies to make to women?

Conversely, in this same culture, does a truly terrific film like The Disaster Artist miss out on nominations because star and director James Franco has such a #TimesUp stench about him?

Does Christopher Plummer get special consideration for—in his late 80s—stepping in and replacing Kevin Spacey in the highly mediocre All the Money in the World and successfully reshooting every Spacey scene in record time?

Does the gob-smackingly atrocious Roman J. Israel, Esq get nominated because it’s about race and right now there’s a white supremacist president so something sober about the topic had to be a contender? (And, seemingly, nobody saw the much better Marshall.)

Will straight men stepping out of their sexual comfort zone send the Academy into rapture and reward the brilliant Call Me By Your Name? On the flip side, in an environment where concerns about blackface now extended to any actor playing anything other than a version of themselves, will Sally Hawkins playing mute Elisa in the superb The Shape of Water get overlooked?

There aren’t, of course, any answers here. The very act of awarding one film over another is political, as are studio campaigns, as are awards ceremonies, as are those titles and talents who end up getting honoured. Debating merit keeps those of us who write about film busy, but to pretend there’s any science behind it—pretending that the truly deserving always win—is folly.

Lauren Rosewarne is a Senior Lecturer at the University of Melbourne. She is the author of nine books and co-hosts ‘Stop Everything!’ on Radio National.